“European sovereigns (wearing crowns) and others, watch a game of billiards between the Tsar, the principal figure, and the Sultan. 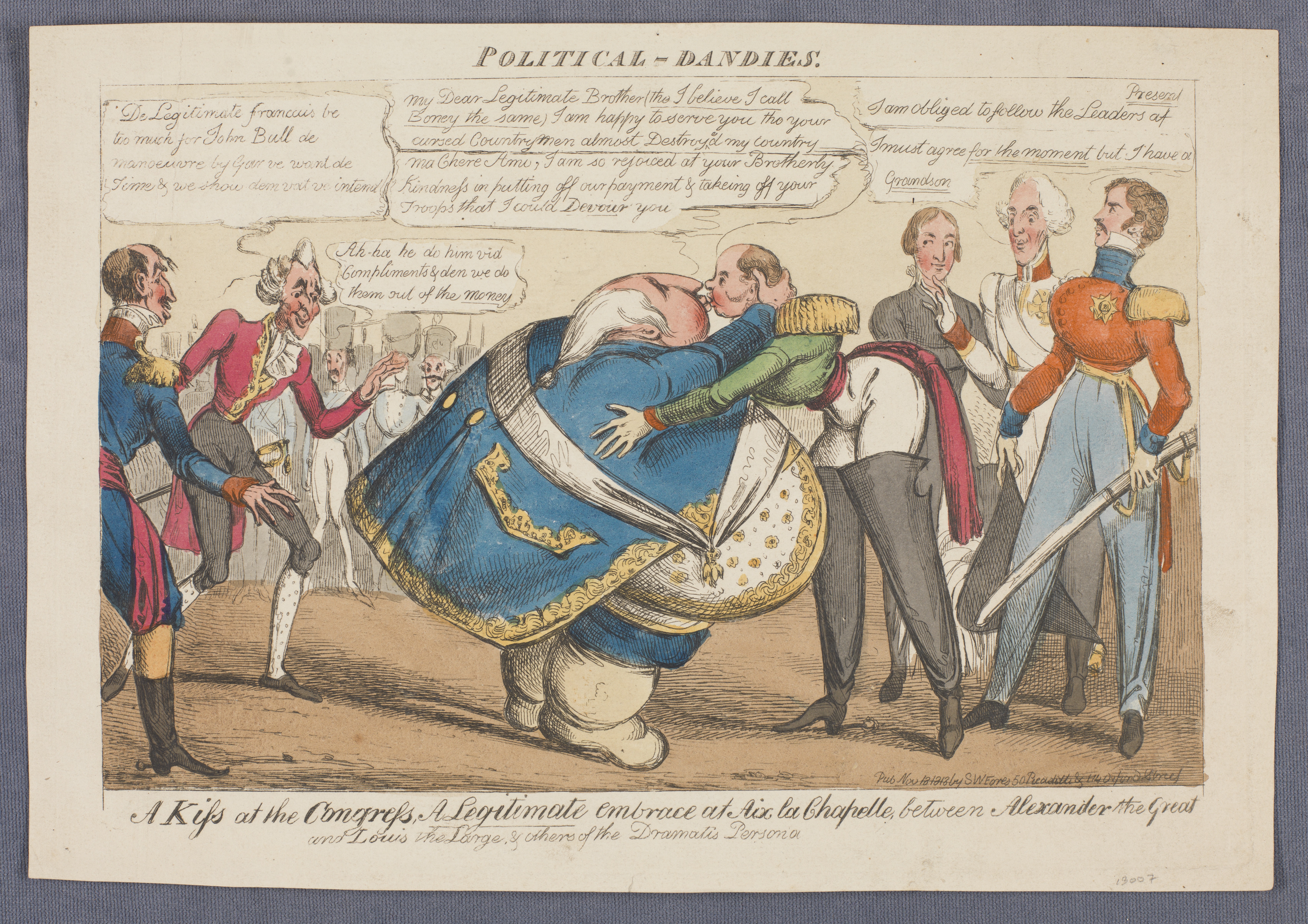