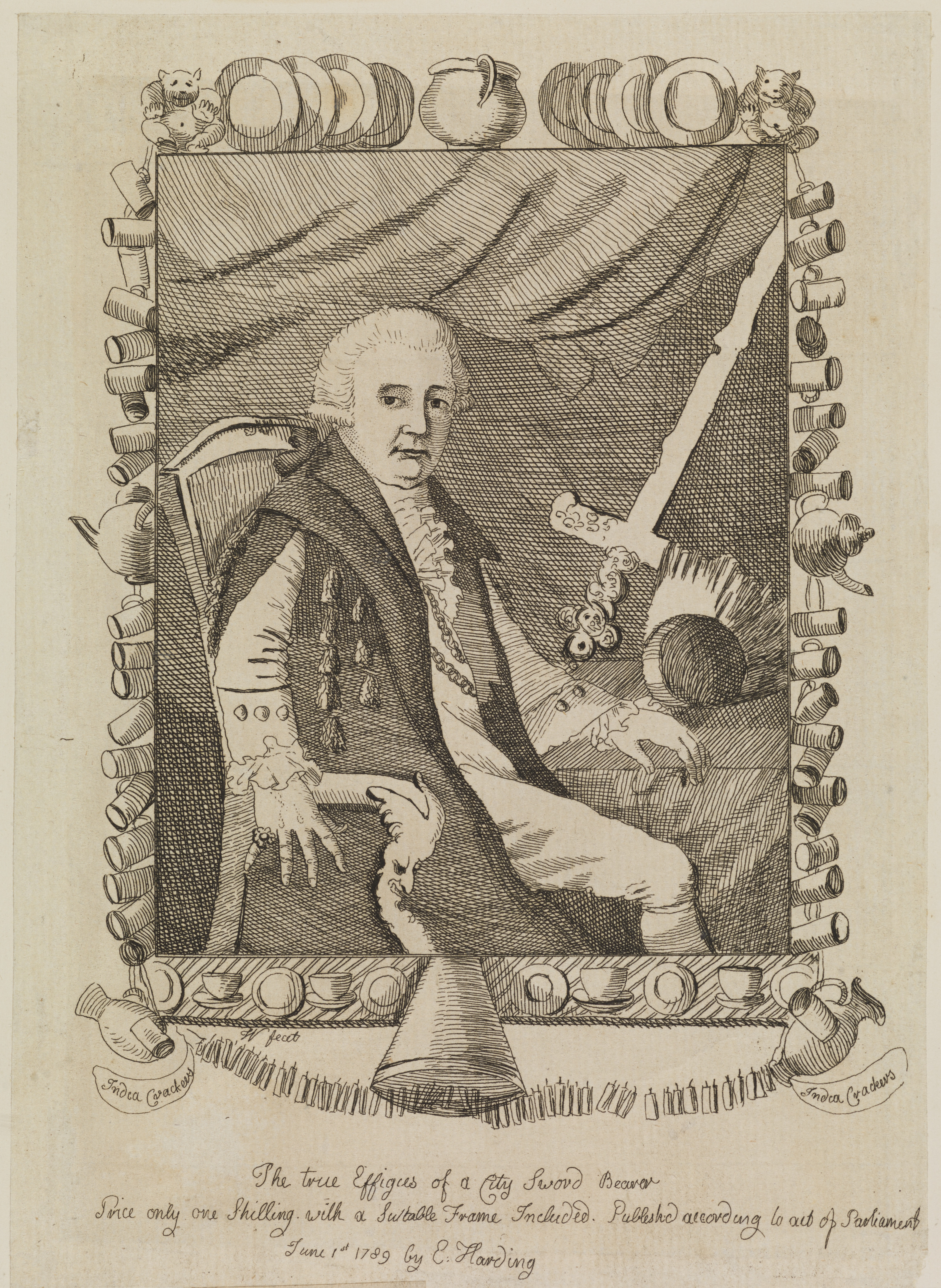 Satirical portrait of William Pickett, Lord Mayor of London for 1789; three-quarter length, seated; wearing the ceremonial gown and with a City of London sword hanging in the background; within a border composed of plates, cups, saucers, mugs, kettles, and a chamber pot, with two bears in the corners; a fire extinguisher and a string of “India crackers” hang below the border.