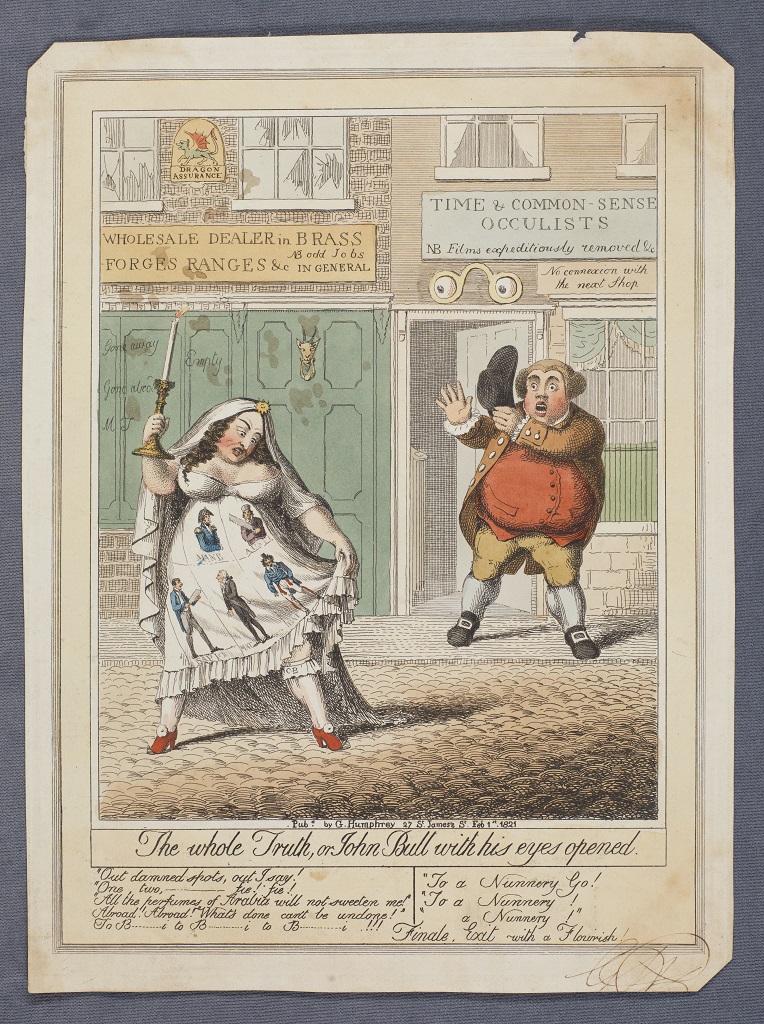 Caricature with Queen Caroline (left) as Lady Macbeth in the mad scene, standing in the street before two shops; she holds a candlestick raised in her right hand as she holds out her dress with her left hand, looking down horror at her skirt which is decorated with three panels with images of men and labeled “Man B”, “Austi”, “Sapio”, “Mat …”, and “Bat”. The initials “C.B” are embroidered on the trim of her knickers. Standing to her right is an astonished John Bull who holds his hat in front of his face, arm extended in horror. The shop on the left is identified by a sign below second story windows with broken glass: Wholesale Dealer in Brass Forges, Ranges, &c N.B. Odd jobs in general. The street level is shuttered, its doors covered in graffiti: Gone away, Gone abroad, Empty, M.T. The one door has a knocker in the shape of a ram’s head. John Bull stands before the second door which stands open as if he has just emerged. The windows are curtained and the building well maintained. The large sign above reads “Time & Common-Sense Occulists. N.B. Films expeditiously removed &c. Below this sign (left) is a pair of large spectacles with the two eyeballs turned towards the shop on the left and a smaller sign (right) that reads “No connexion with the next shop.” 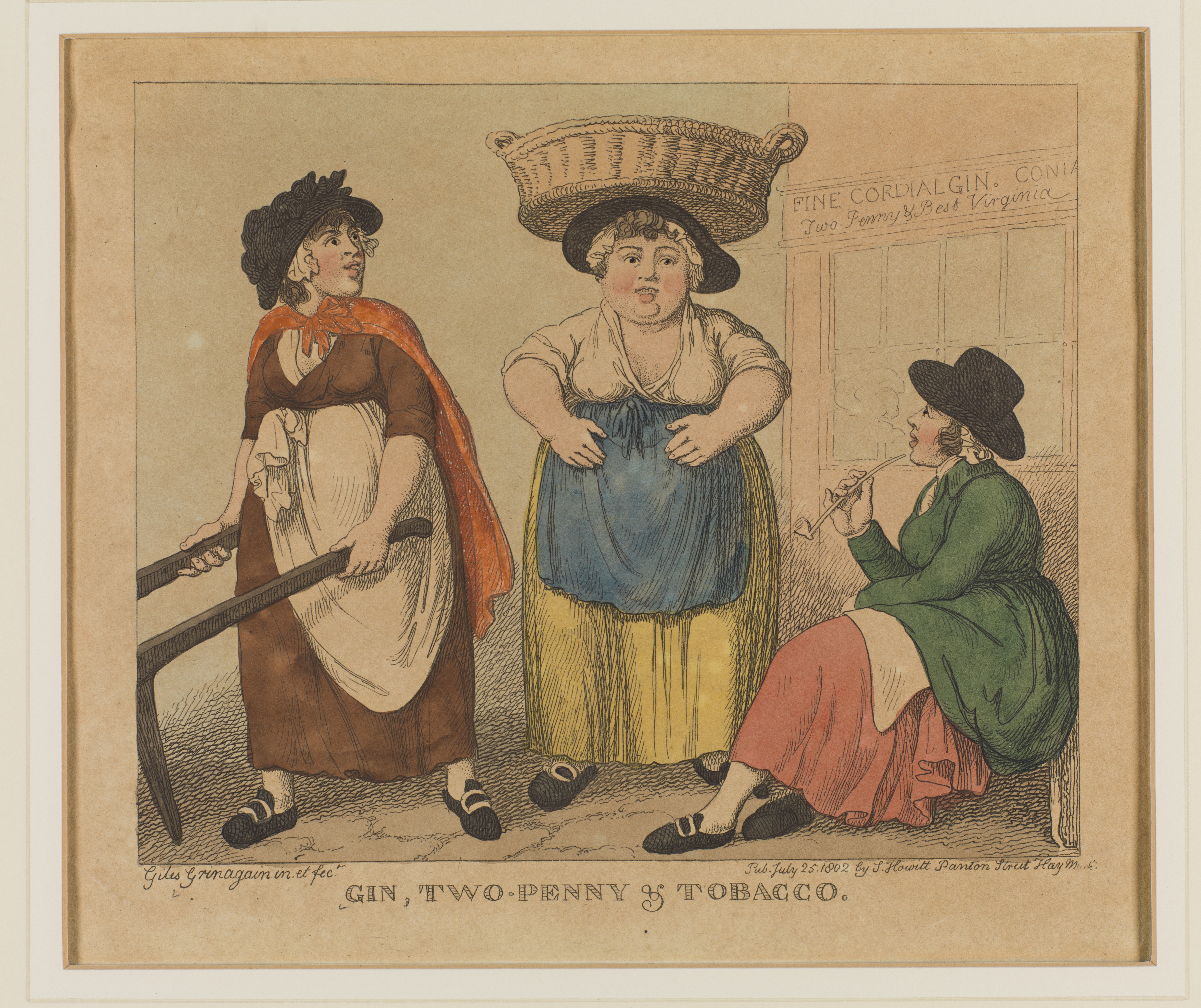 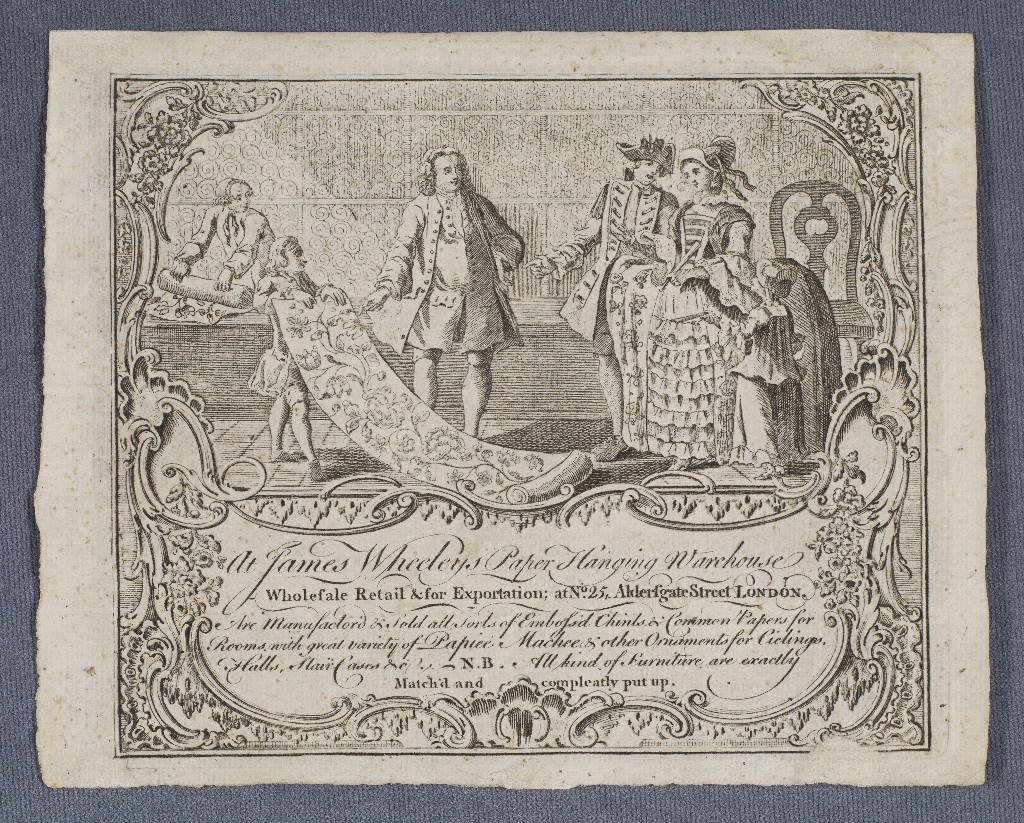