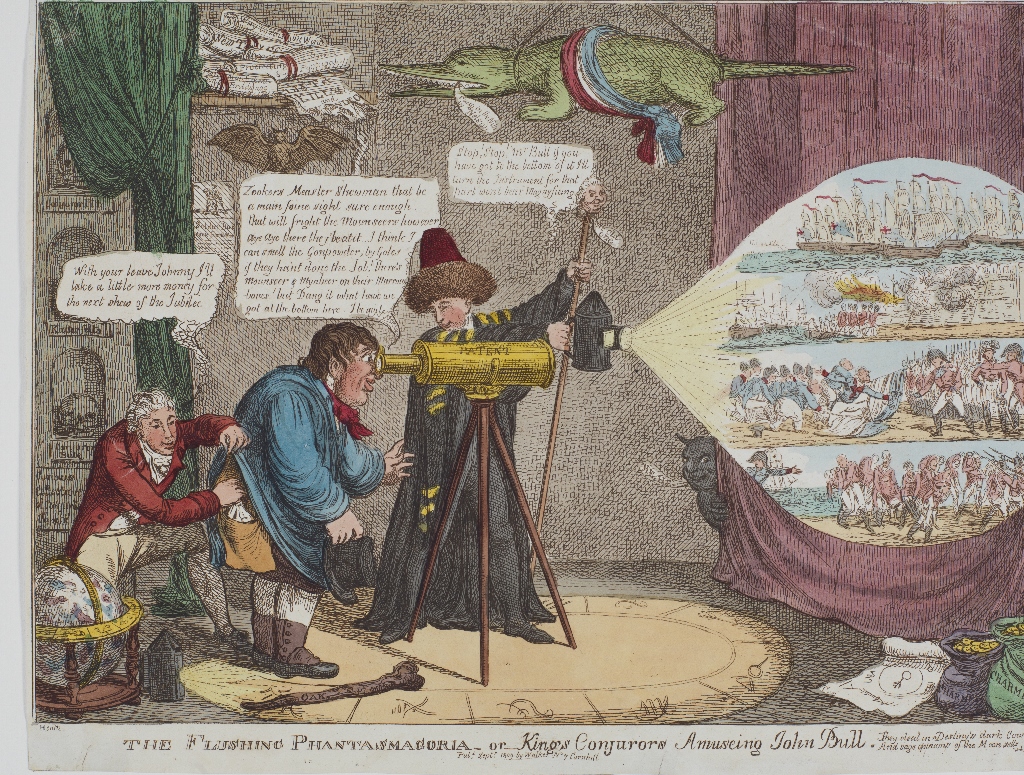 “A ‘conjuror’ or magician displays to John Bull on a screen four scenes, one below the other, representing the expedition to Flushing. He wears a conical hat with a wide fur brim, and his magician’s robe resembles that of the Chancellor of the Exchequer, indicating Perceval; he holds a long staff or wand topped by a little head, that of Portland, grinning; it is labelled The Old One. John stoops to look through a telescope inscribed Patent directed at the screen, the vision on which is projected by a small dark-lantern held by Perceval. John is a yokel in a smock; beside him lies his cudgel inscribed Oak. He is highly delighted at what he sees, namely: [1] a fleet leaving England, tiny figures being indicated on the shore. [2] Ships bombarding and soldiers attacking a fortified town which is on fire. [3] The garrison of the town surrendering to British officers, with grenadiers drawn up at attention. A French officer holds out the keys of the town to Chatham, one of whose staff is in Highland uniform. Two tricolour flags are being laid down by fat Dutchmen in French uniforms. [4] British troops being landed from a man-of-war; wounded soldiers are being carried up the beach.” –British Museum online catalogue