Portrait of the elderly Simon Fraser, 11th Lord Lovat, whole length, sitting on a chair, its back carved with a scallop shell; he holds a book in his right hand with his left hand in his waistcoat. To his right is a small side table with a quill pen in ink bottle and along the wall shelves of books. 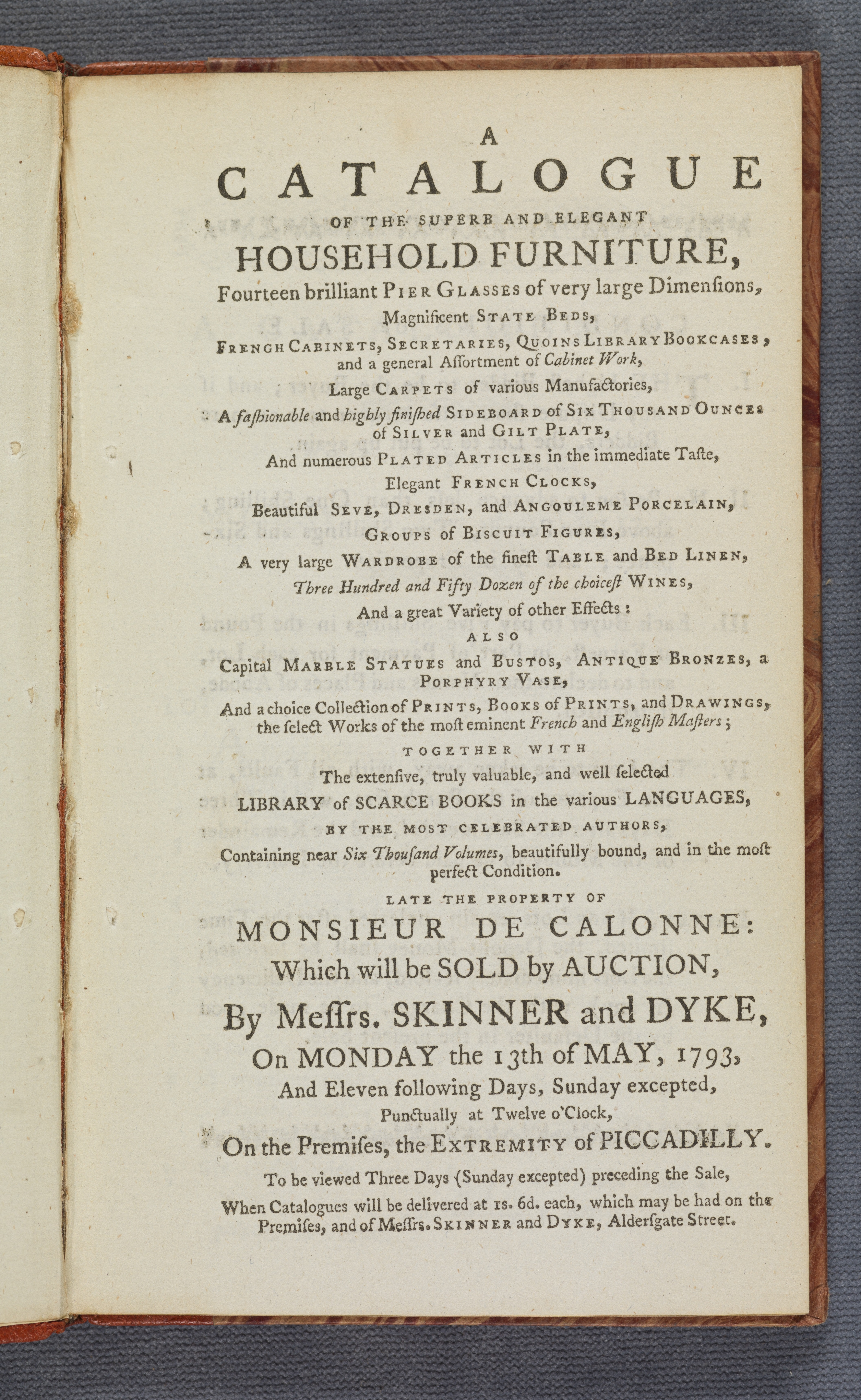 “To be viewed three days (Sunday excepted) preceding the sale, when catalogues will be delivered …, which may be had on the premises, and of Messrs. Skinner and Dyke, Aldersgate Street.” 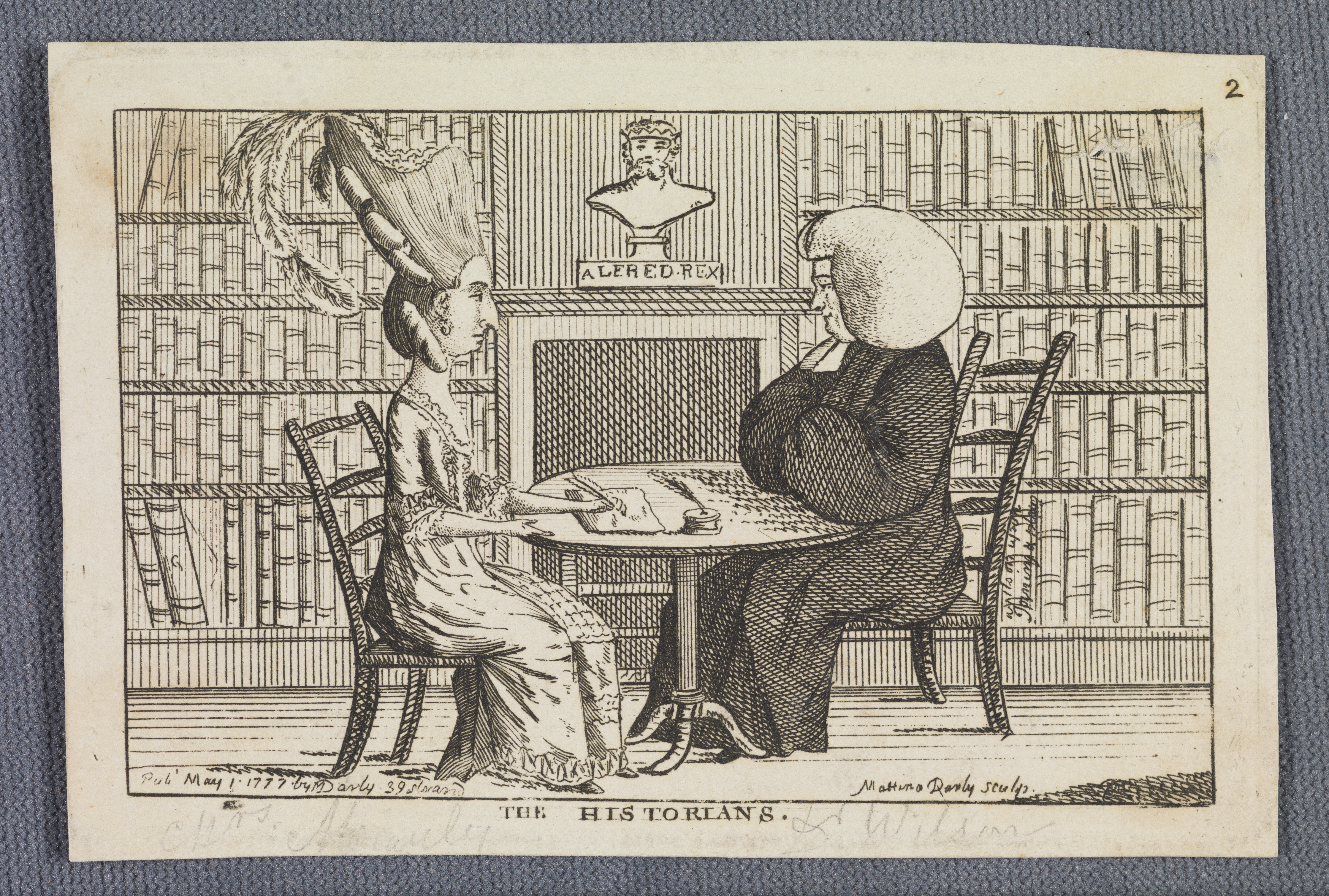 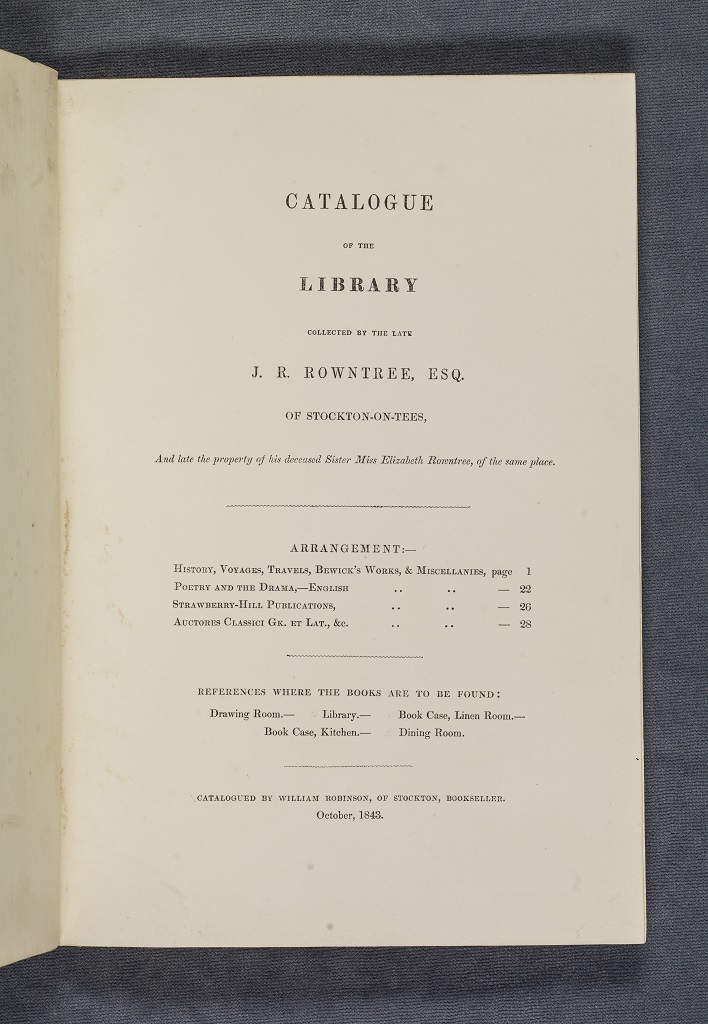 A manuscript library catalogue of the Barrister John Russell Rowntree and his sister Elizabeth, who inherited her brother’s books after his death in 1831. The four sections are: History, voyages, travels, Bewick’s works, & miscellanies; Poetry and the drama, English; Strawberry-Hill publications; and Auctores Classici Gk. et Lat., &c. Although largely consisting of books published during Rowntree’s lifetime (1761-1831), the earliest recorded work is Wynkyn de Worde’s 1517 Incipiunt Opera Super Constitutiones prouinciales, 2nd edition. There are two other 16th century titles, and a good number of 17th and early 18th century items including a first edition of Hobbes’ Leviathan and Kircherius’ China Illustrated, 1667. From his lifetime, Rowntree collected a large number of travel books incorporating voyages and descriptions of the Far East, Africa, Australia (including Cook’s Voyages), the South Seas, Europe and Britain. Other subjects include a large Bewick collection, law, religion and literature in addition to drama and classics. Rowntree’s substantial holdings of items printed by the private press at Strawberry Hill, established by Horace Walpole in 1757, include thirty of the thirty-five ‘publications’ recorded in Horace Walpole and the Strawberry Hill Press, Havens, 1901 (there are a further 66 ephemeral items noted as being published by the press). Also included in the collection are two of the first books to be printed, Gray’s poems (two copies) and Hentzner’s A Journey into England, both printed in 1757.

Title: Catalogue of the library collected by the late J.R. Rowntree, Esq. of Stockon-on-Tees, and the late property of his deceased sister Miss Elizabeth Rowntree, of the same place …, 1843 October / catalogued by William Robinson, bookseller. 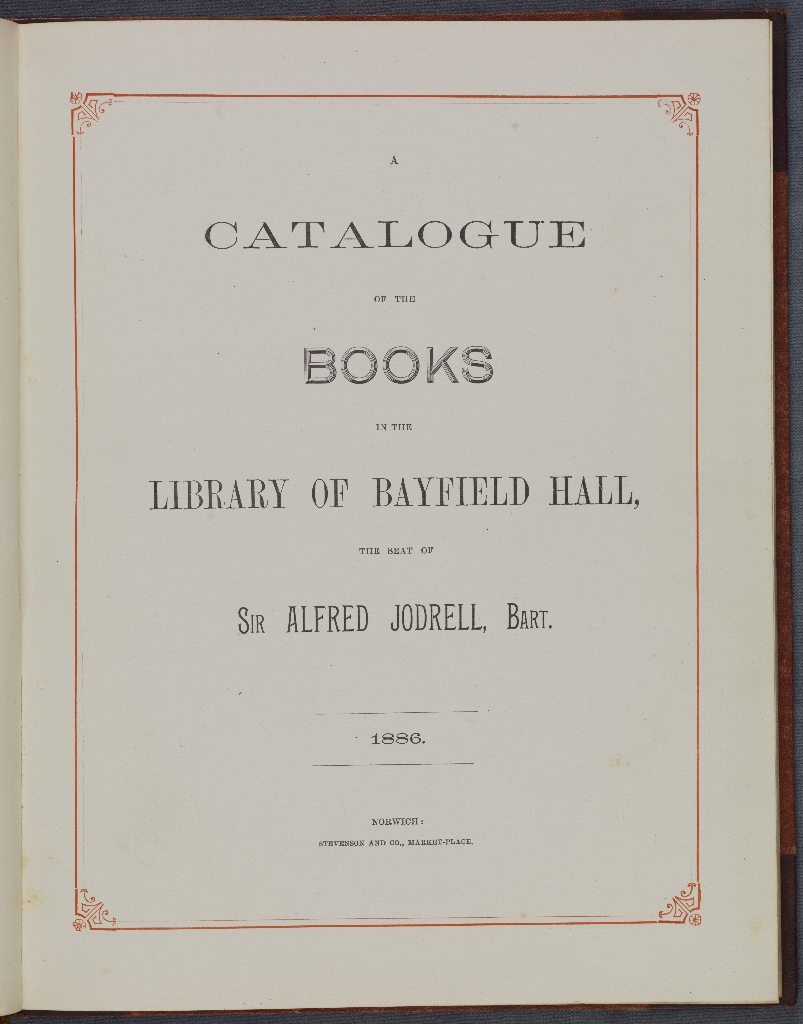 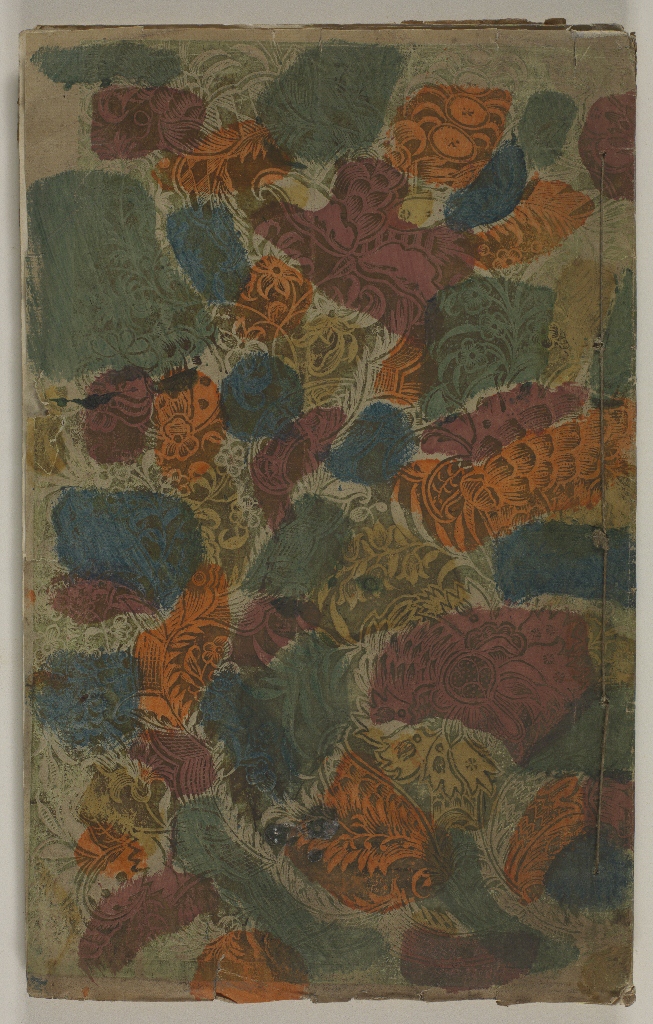 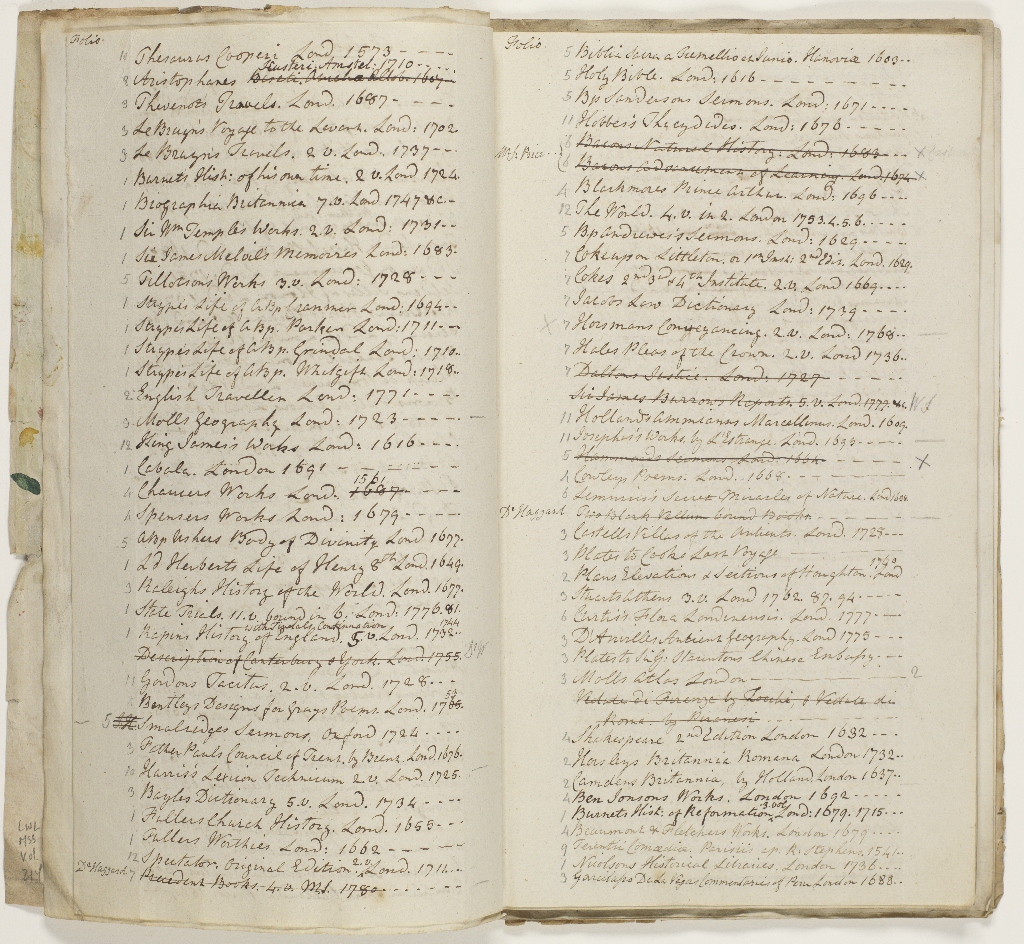 Manuscript catalog of approximately 1600 books in the Bradenham House library, Norfolk including eight incunables and a second folio of Shakespeare. The entries are arranged by format beginning with folios and followed by quartos and “octavo et infra” with some titles struck through and annotated with a name. Each entry includes: author, title, place of publication, and date. The library was sold in 1967 in 826 lots by Sotheby, Wilkinson & Hodge in a 2-day sale: “Catalogue of the select library of a gentleman … a valuable portion of the topographical library of the late W.H.H. of Bradenham Hall …” List of the numbers and prices of the library, of William Roscoe, Esq. sold on Monday the 19th day of August, and fourteen following days, 1816 A manuscript catalog of the books in the extensive library of Francis Ferrand Foljambe, in a single hand, written mostly on the rectos only; later additions (mid-1850s?) in another hand, between existing entries or on the verso. Works are grouped alphabetically by first letter of author’s surname or by first letter in the title when there is no named author. The list includes the shelf location of the title, a brief entry — e.g., Congreve’s Workes, Bible, Dictionnaire des artes, etc. — as well as the number of volumes (if there is more than one), size, place and date of publication. The bulk of the collection of around 2200 titles was published in the 17th and 18th centuries with a some 15th and 16th century books and manuscripts (including “original letters of King James”), as well as works from the first decade of the 19th century. The collection reflects the taste of a well-educated, well-read gentleman: a wide range of essays, poems, plays, and memoires by both English and French authors (in English and French) as well as works of the classical authors; works on antiquities, philosophy, theology, mathematics, songs, exploration of the new world, etc. Later additions include a run of the Edinburgh review up to the year 1853; also with annotations in pencil indicating missing volumes.