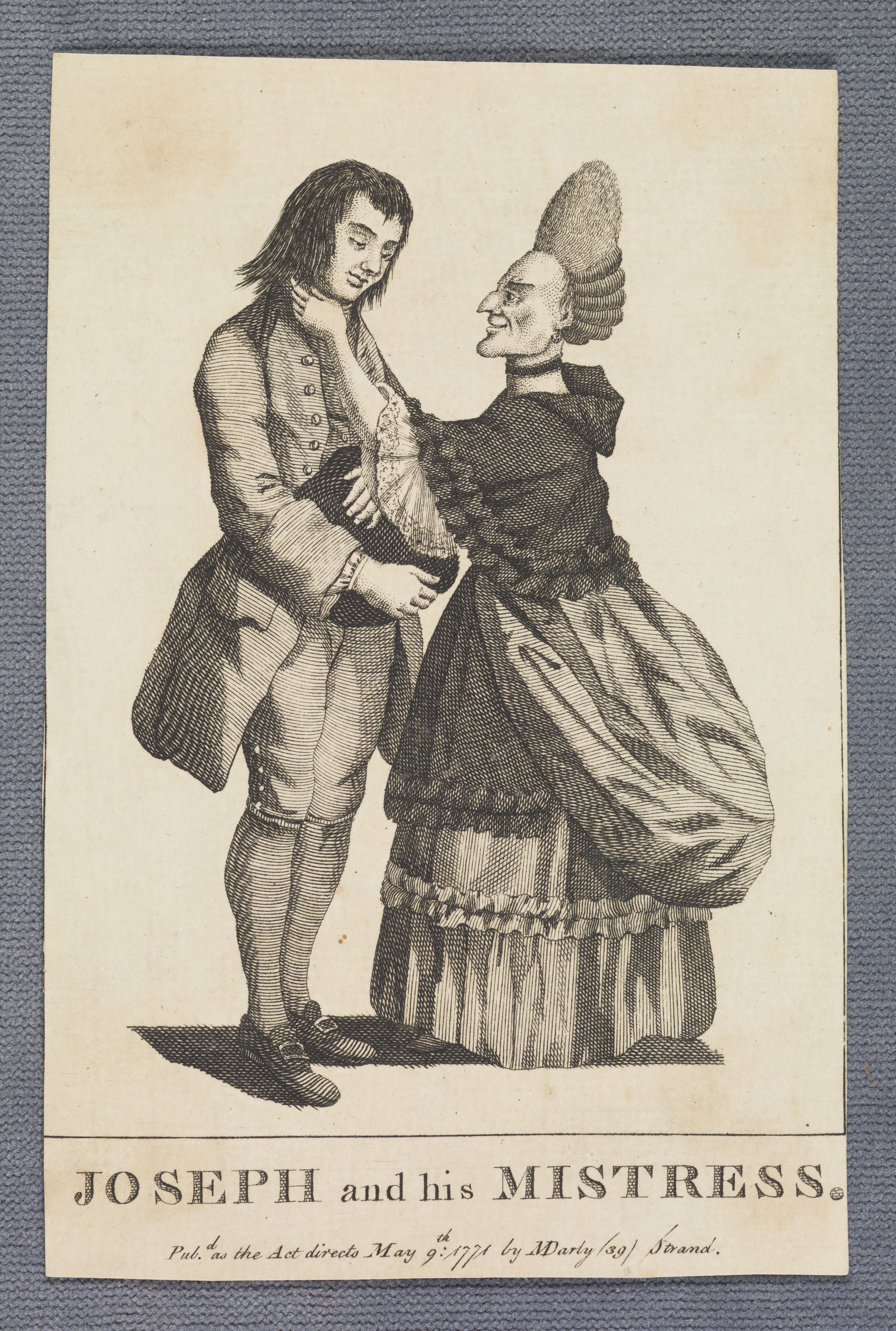 Satire: an ugly, elderly woman with an elaborate hairdo smiles as she reaches her hand to stroke the face of a handsome young man who holds his hat against his body.