Views of Rome (including the Vatican City), London, Amsterdam, and Tangier. A writing sheet, illustrated with ten views of London that border a central blank area. Six plates with titles: London from Camberwell (on the South). Blackfriar’s Bridge [illegible]. The menagerie in the Tower. Westminister Bridge, Hall, & Abbey. London Bridge & the monument. The Juvenile Library. 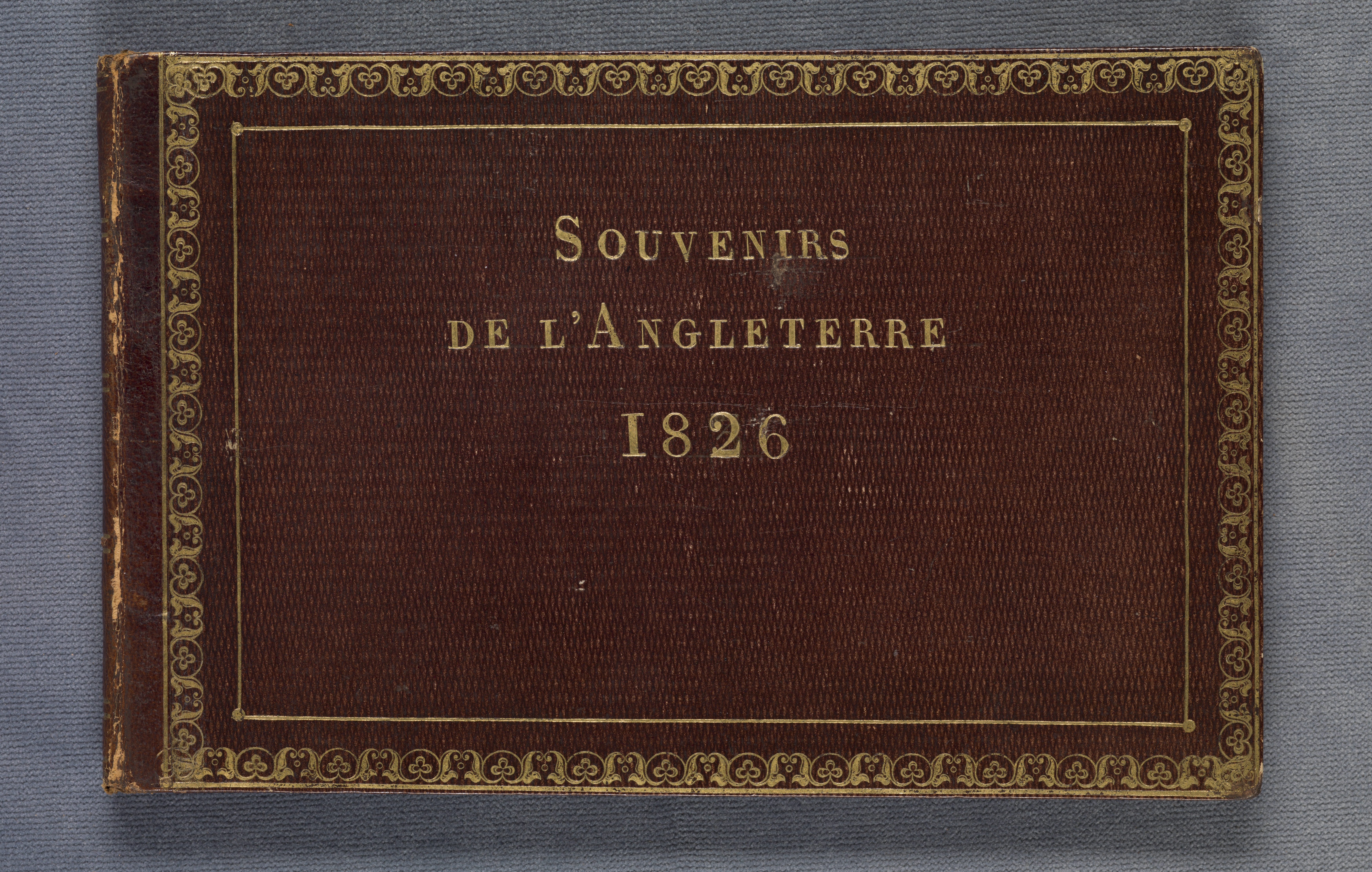 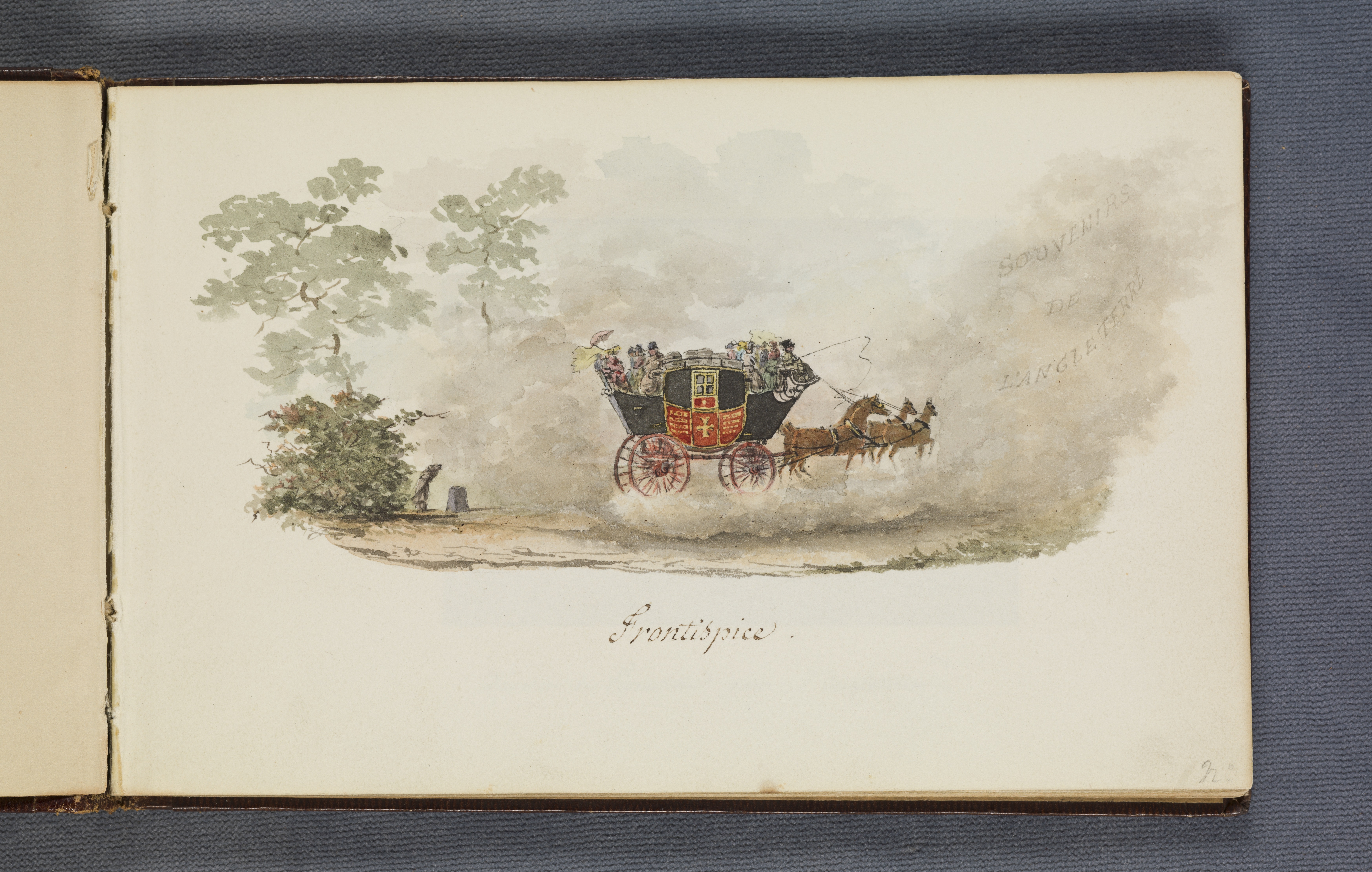 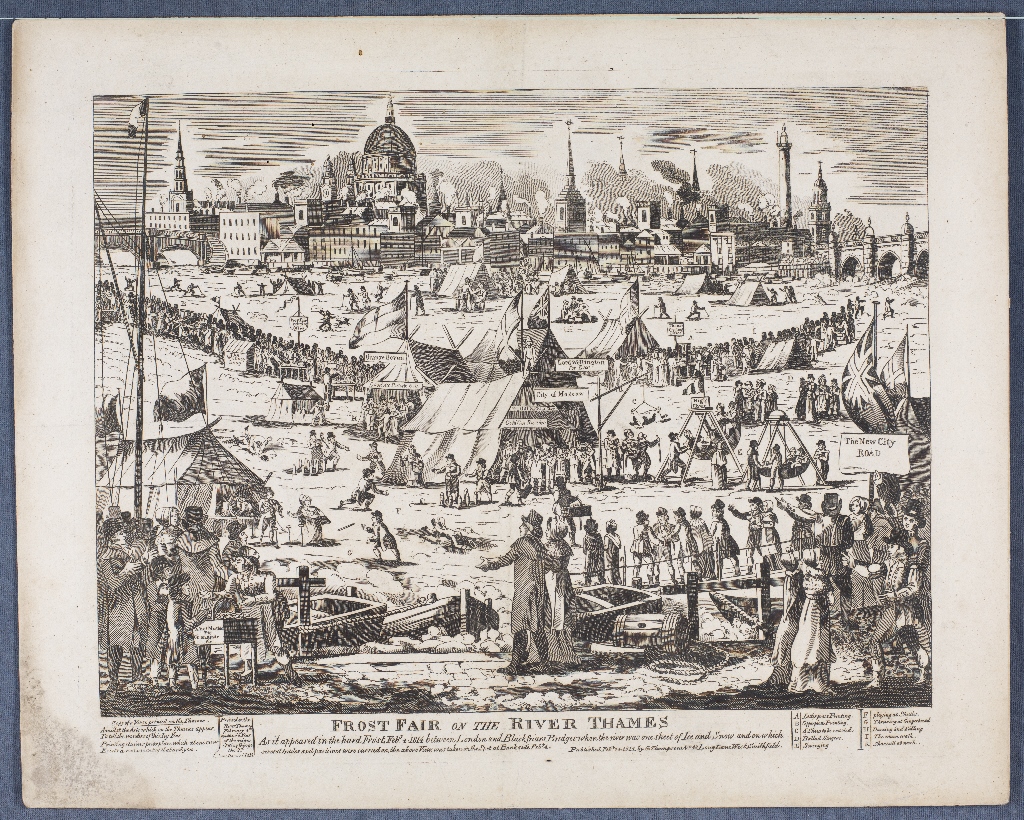 “In the foreground is the riverside in Southwark, with spectators, and a vendor of ‘A hot Mutton Pie or an Apple Pie’; a gangway placarded ‘The New City Road’ leads from the pavement to ice. In the background is a detailed view of riverside buildings, the north ends of Blackfriars Bridge (left) and London Bridge (right), St. Paul’s, many spires, and the Monument (right). Letters on the print refer to a key in the lower margin. Tents are dotted over the ice, with a group of three in the centre of the design: ‘The City of Moscow’ has two other placards, ‘Barclays Intire’ and ‘Good Gin Rum &c.’ It flies a Russian flag and on its summit is the effigy of a man. Behind this is the ‘Lord Wellington for Ever’, with a Union flag, and on the left the ‘Orange Boven’ [see No. 12102] with ‘Good Ale Porter & Gin’; it flies the striped flag of the Stadtholder. In front of this people are dancing while a fiddler plays (‘H, Dancing and Fidling’). Behind these tents there is a curving line of spectators and pedestrians along the stream of the river, inscribed ‘I, The main walk’. At intervals along it are various attractions: ‘B, Copperplate Printing’ (the press is being worked), ‘The Wiskey Shop’ (a small booth), a printing-press with a placard ‘Frost Fair Printing Office’ (‘A, Letterpress Printing’), and, farther on, another press: ‘Thames Printing Office’ (also marked ‘A’). Other incidents are skittles (two games, ‘F, playing at Skittles’); ‘G, Throwing at Gingerbread’, with sticks, the slabs being placed on upright sticks. Two boat-shaped swings, one placarded ‘High Flyer’ (‘E, Swinging’); two ‘Ballad Singers’ (‘D’), a man and woman; the carcase of a sheep, hanging from a gibbet-like erection (‘C, A Sheep to be roasted’). In the distance a barber shaves a man who is seated in the open (‘K, Shaveall at work’).”–British Museum online catalogue. 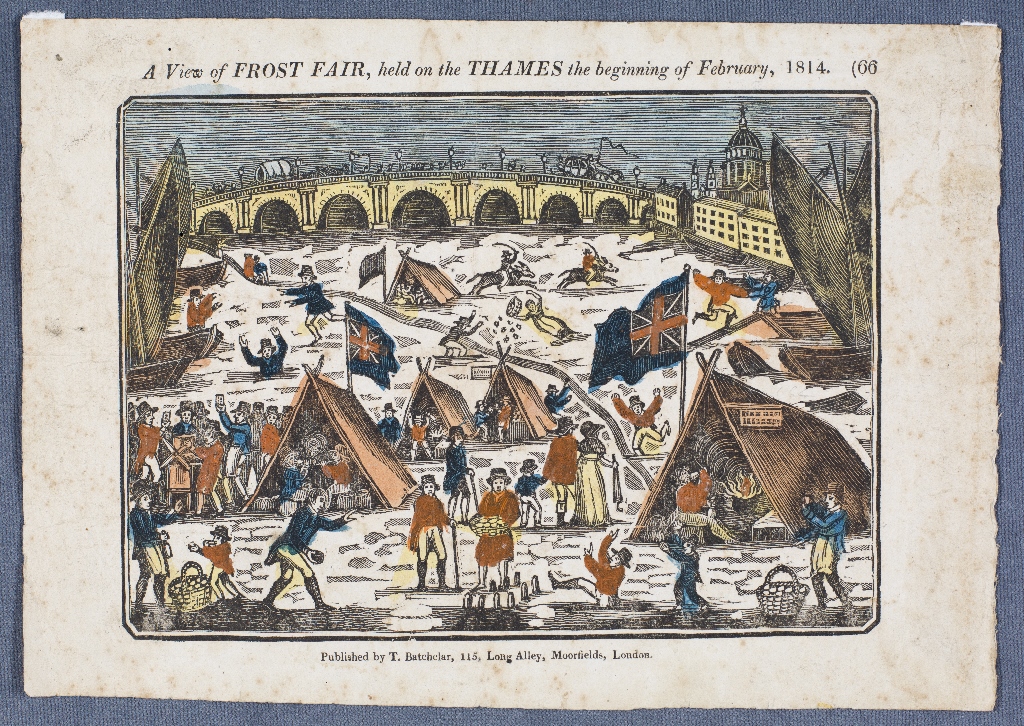 “View on the Thames during the 1814 Frost Fair; tents erected on the ice; people making merry in tents around fire or on the ice outside; street traders selling goods at fair; a man playing skittle in foreground, figures slipping or falling through cracks in ice behind; Blackfriars Bridge in background, with St Paul’s to the right.”–British Museum online catalogue.