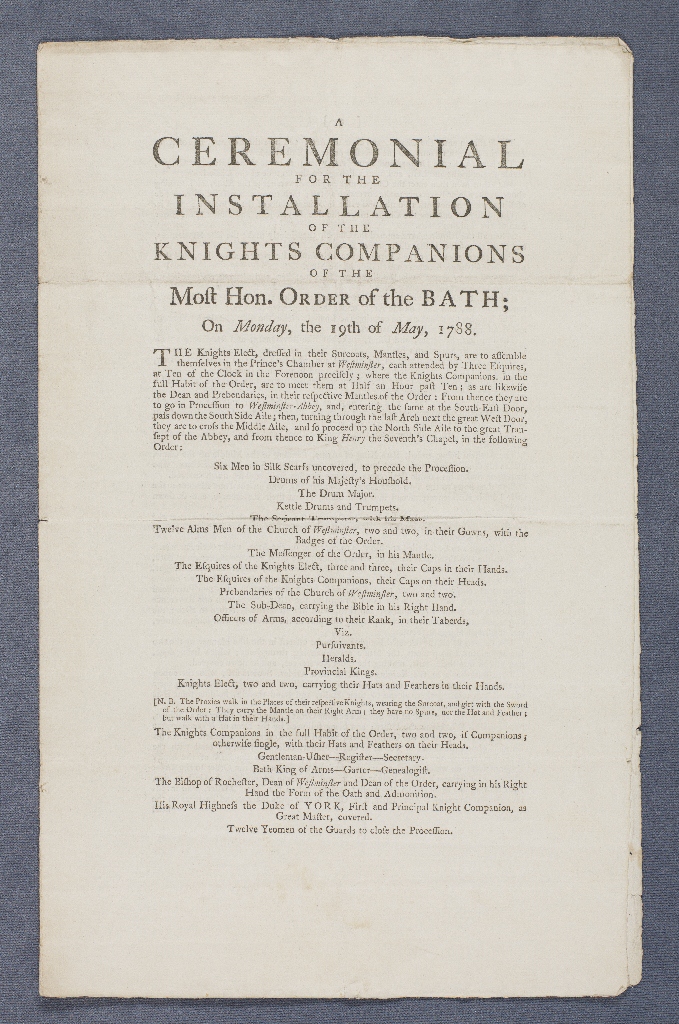 ALS from Francis Blandy to William Toovey relating to legal instructions and referring to a certain person who “has been getting at [the] knowledge of the affair in order to lessen your allowance.” Also with an 18th century newspaper clipping advertising a publication about Mary Blandy’s affair with Mr. Cranstaun, her crime, and execution, dated 1752. 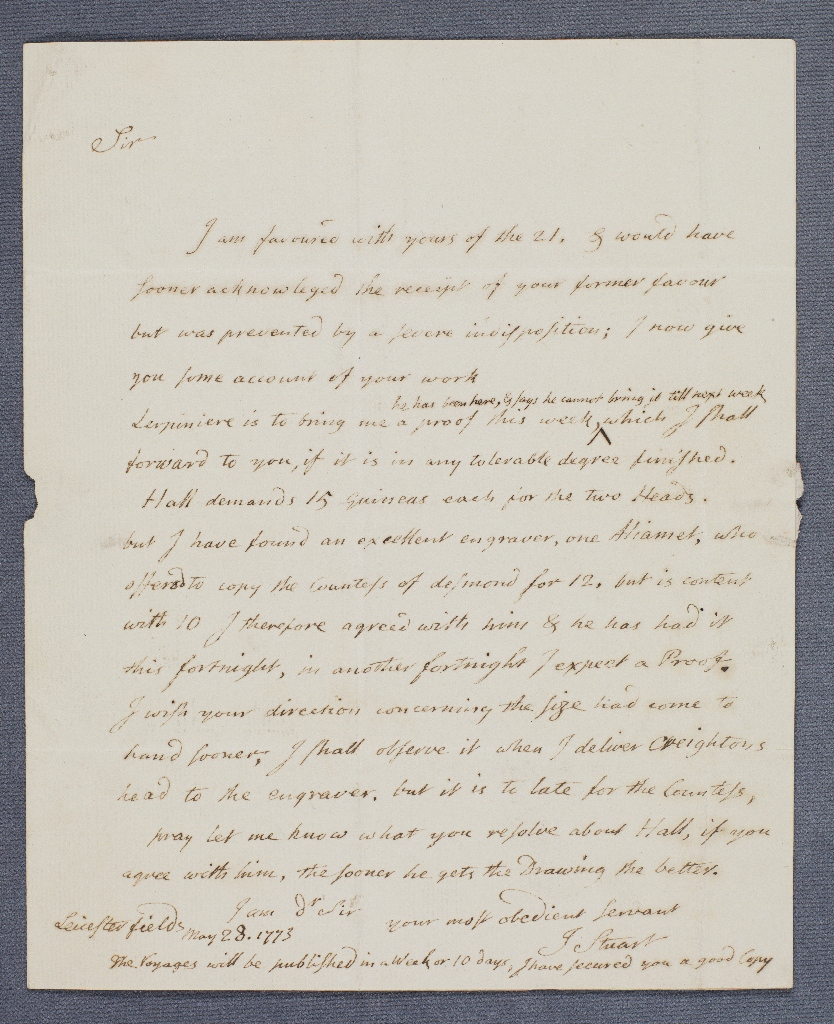 Two autograph letters signed, both addressed to the naturalist and traveller Thomas Pennant, reporting on the preparation of several engravings to be used as illustrations for Pennant‘s second Tour in Scotland. He references many of the best engravers of the period: Daniel Lerpinière, Charles Grignion the Elder, John Hall, Alimet, among others. 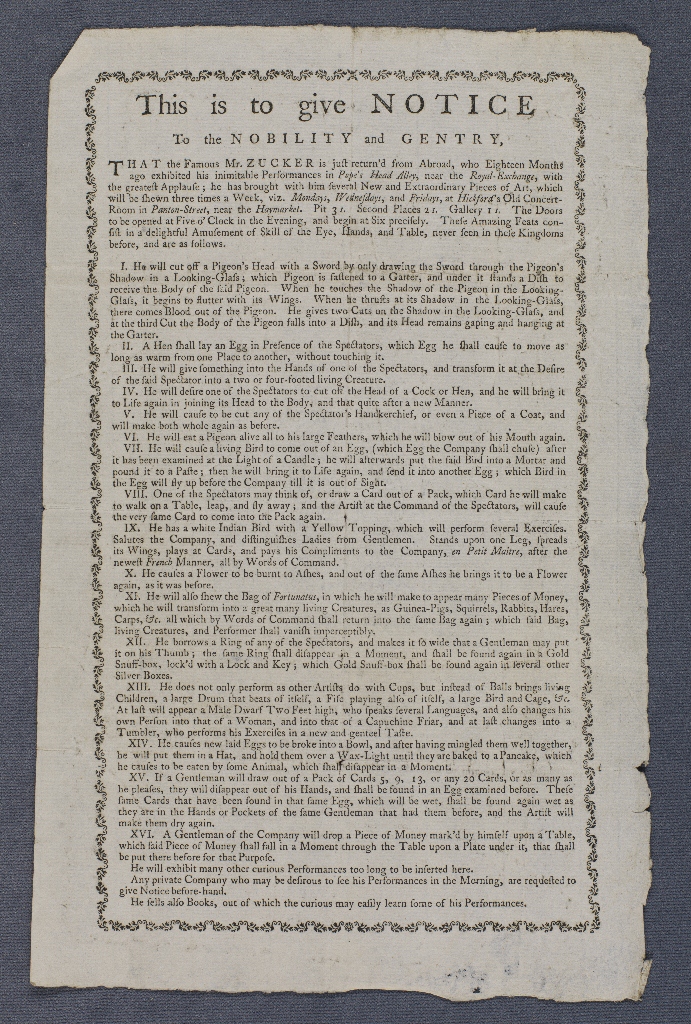 First line: I. He will cut off a pigeon’s head with a sword by only drawing the sword through the pigeon’s shadow in the looking-glass

On an engraved billhead illustrated with a medallion of St. Luke mixing paint on a palette, Joseph Bell’s itemized invoice to Charles Wren dated 20 July 1782. Motto at the head of the sheet: “Pictures carefully cleaned, lined & repaired, & funeral achievements accurately painted, and picture frames neatly executed in oil, or burnished in gold.” 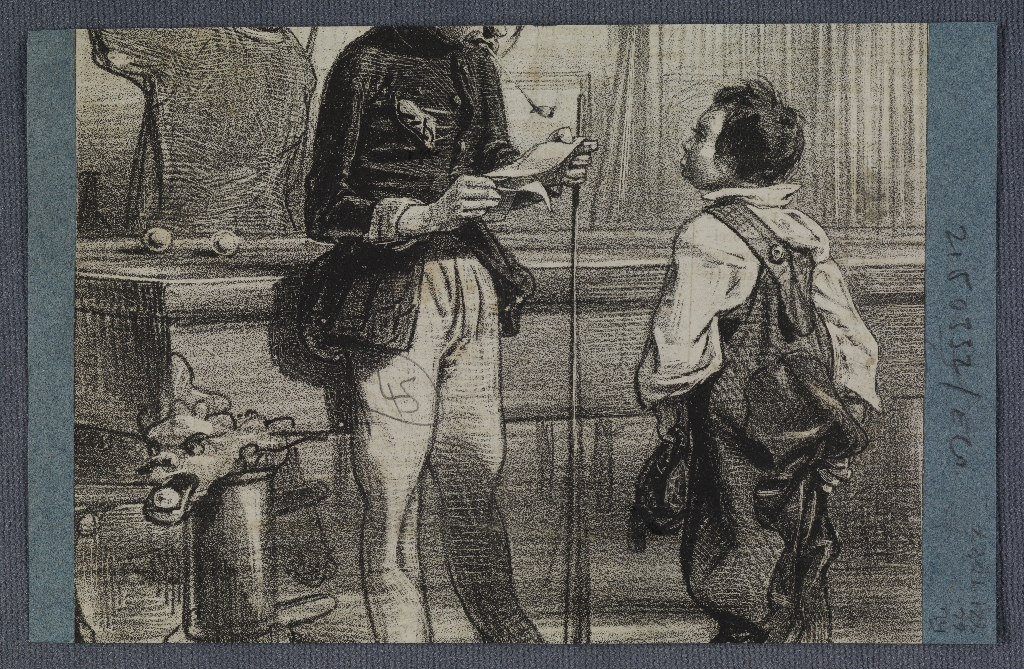 An appeal for gifts of money in exchange for a pewter token. The dustmen who issued this appeal have gone to the effort of printing this document to protect their business interests from “the Savengers”. 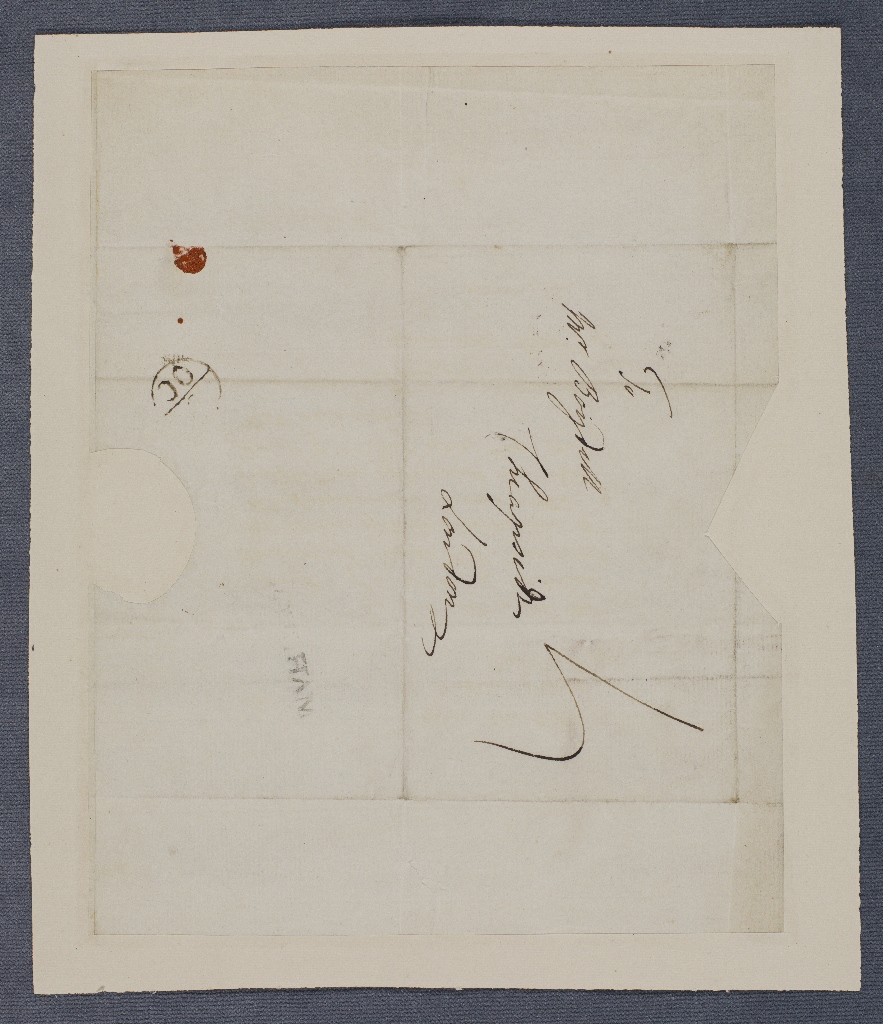 Autographed letter signed from Joseph Farington to John Boydell written from Houghton Hall the seat of Sir Robert Walpole, Earl of Orford where he spent three years making drawings of the paintings for Boydell’s Collection of prints after the most capital paintings in Engalnd (2 vols., 1782). He reports on the progress of his work in general and in particular his work with “the Paul Brills”.