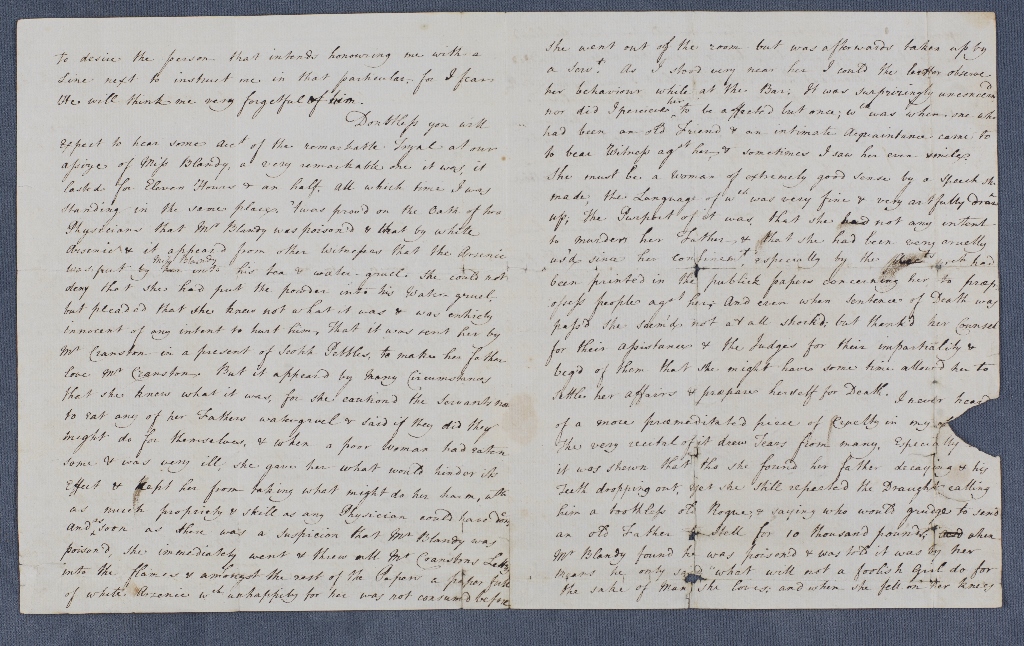 Summary:A descriptive first-hand account of the famed murder trial of Mary Blandy, who in 1752 stood accused of poisoning her invalid father with white arsenic in his food, on the instructions of her aspiring lover, William Henry Cranstoun, who was, unbeknownst to her, already in possession of a wife, but was hungry for the £10,000 Miss Blandy was due to inherit. The trial, conducted in Oxford, continued for some eleven and a half hours without respite, and saw Mary condemned to death. The ‘fair parricide’, as she was known, was hanged on 6 April 1752, her last words being ‘Gentlemen, don’t hang me high for the sake of decency’. Stillingfleet watched the whole trial, remarking ‘I feel the effects of being at it yet for I was almost squeez’d to death in the crowd’. While admiring Blandy’s speech as ‘very fine & very artfully drawn up’, his own verdict on the case is unambiguous: ‘I never heard of a more premeditated piece of cruelty’. 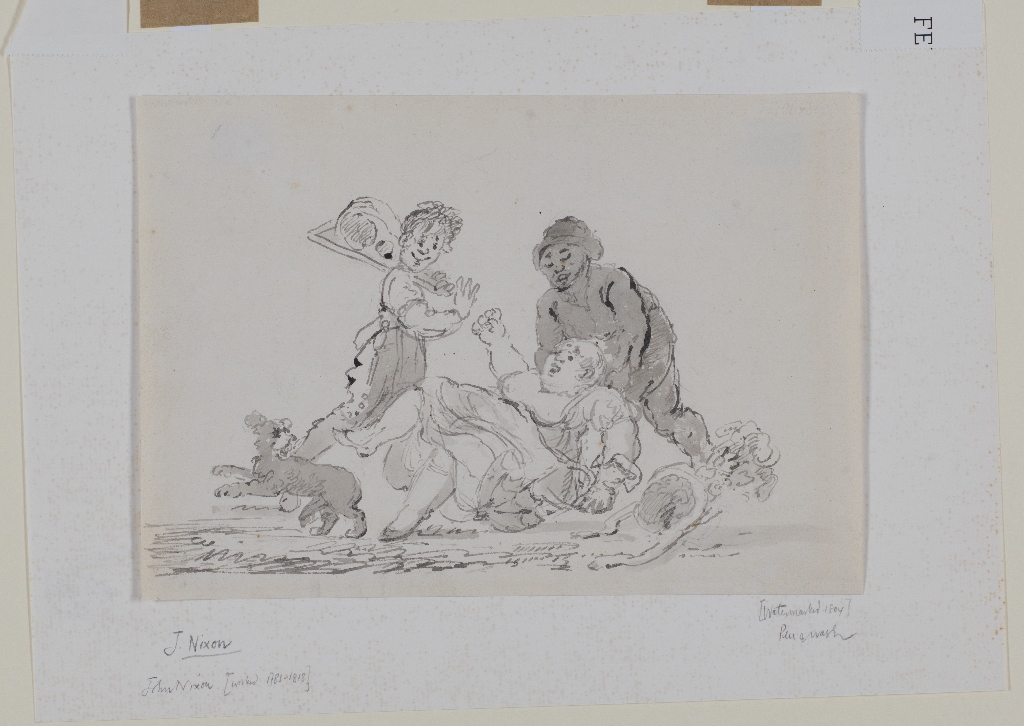 A large, masculine-looking woman with spectacles and a hat, stands before stool on which sits an open book of music. She holds in her right hand a baton which rests on the open page.