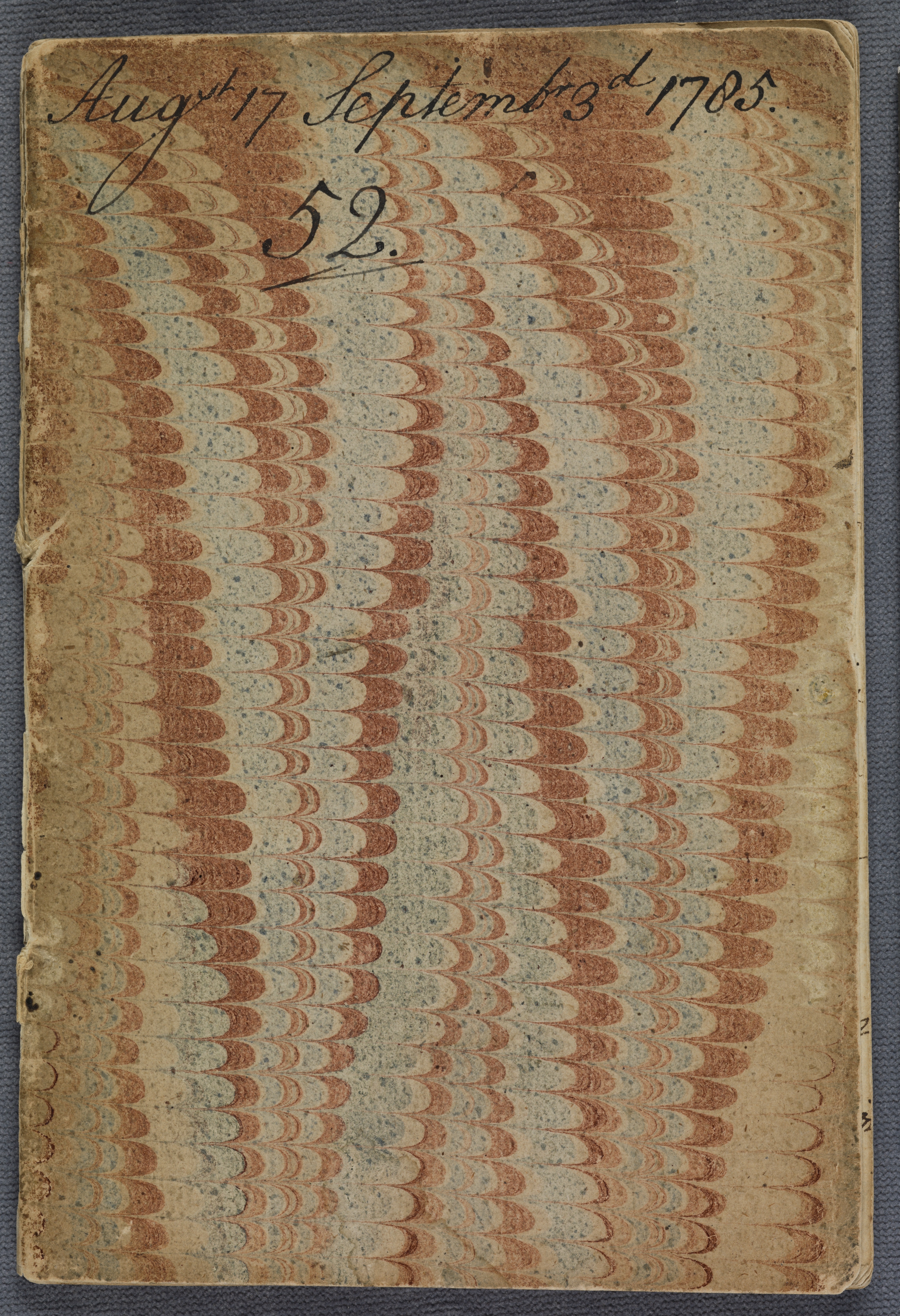 Sir Harry Trewlawny’s diary with the first entry dated 1785 August 17 and the last September 2nd all in a single hand. A wonderfully chatty diary in which he talks about farming matters, the crops that are being harvested, maintaining the shoreline property, as well as the management of his current holdings, acquisition of land and leases, including the potential purchase of Bochym Manor, on The Lizard. He reports on meetings with tenants and relays friendly gossip about his circle of acquaintances. He also discusses the candidates for several curacies under his control and the ministers in his neighborhood.