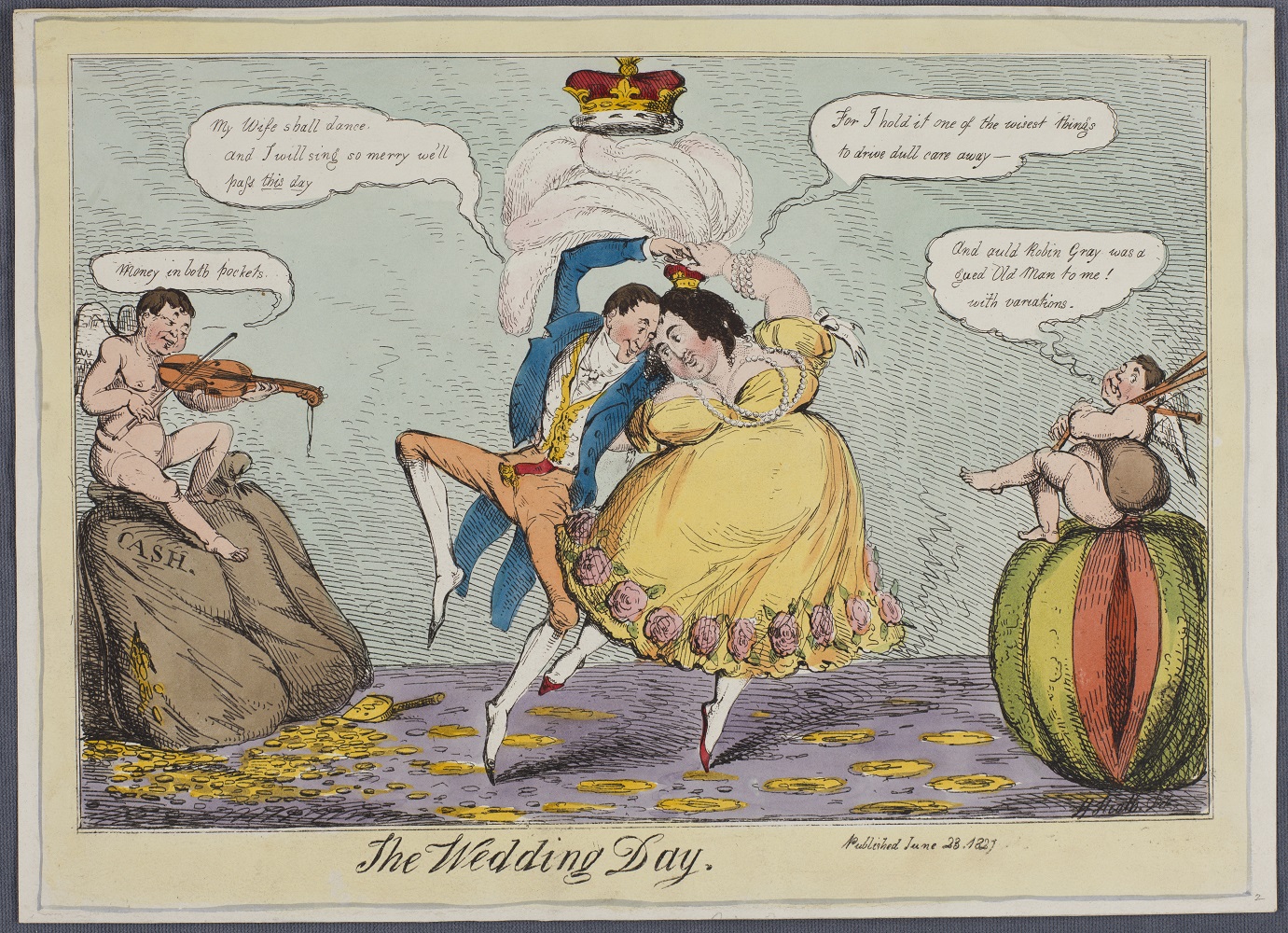 “The fat, moustached, Duchess of St. Albans and the slim Duke dance with vigour and agility, each poised on the left toe, arms interlaced, and hands meeting above their heads. From the Duchess’s small coronet rise giant ostrich feathers which curve above the heads of both and above which a big ducal coronet is suspended. He sings: My Wife shall dance, And I will sing so merry we’ll pass this_ day. She: For I hold it one of the wisest things to drive dull care away–. The musicians are two cynical cupids; one (left) sits on large sacks of sovereigns inscribed Cash; coins pour from a slit in a sack and lie on the carpet with a banker’s money-scoop. He fiddles: Money in both pockets. The other (right), seated on the apex of a huge melon from which a slice has been cut, plays bagpipes: And auld Robin Gray [Coutts] was a gued Old Man to me! with variations.”–British Museum online catalogue.

A medley of images with a portrait of John Gay; half length, to the right, wearing a cap and plain jacket; in oval; in a medley of prints, set on background of a letter; the prints titled ‘The Spell’, ‘The Judgement’, and ‘Bumkinet’s Advice’; two further panels, one with a coin of George II, the other lettered ‘A new Deceptio Visus. Engrav’d and sold by Geo. Bickham, in London’ [part of address erased].