Caroline, wearing a chemise and high-strapped shoes, stands admiring herself in front of a full-length mirror. With her right hand she adjusts a feather in her elaborate headdress, which is adorned with the Prince of Wales’s feathers on the far side and several pointed feathers on the near side, two of which resemble horns; her left hand rests on her hip. Bergami stands behind her in astonished delight, his hands raised in the air; a garment hangs from his left arm, and several towels or pieces of clothing marked with the initials “B B” are strewn on the floor. A man and a woman peer in on the scene from an adjoining room, the man with a pleased look on his face and the woman with one of surprise. On the wall behind Bergami hangs an oval mirror, the decorative frame of which includes a figure of Cupid standing atop a goat while shooting an arrow. A book with “History” on its spine lies on its side in the left foregraound; a burning candle in its holder sits upon the book.

A pretty young woman carries an enormous fur muff above her head. A key hangs from a string around her neck. 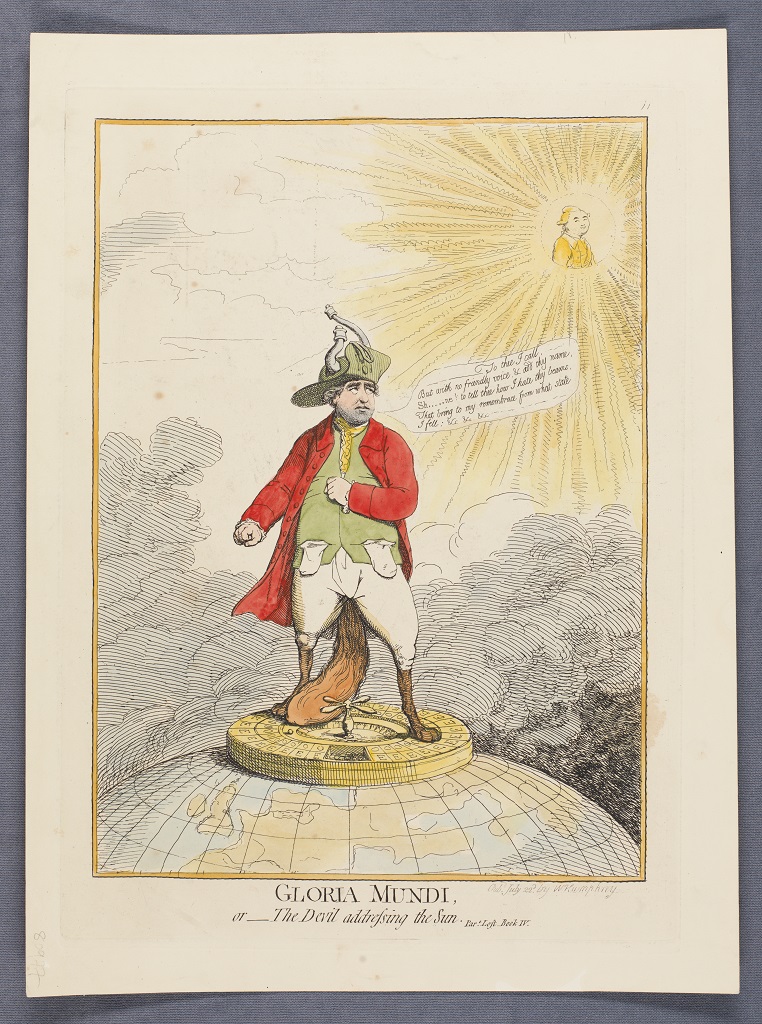