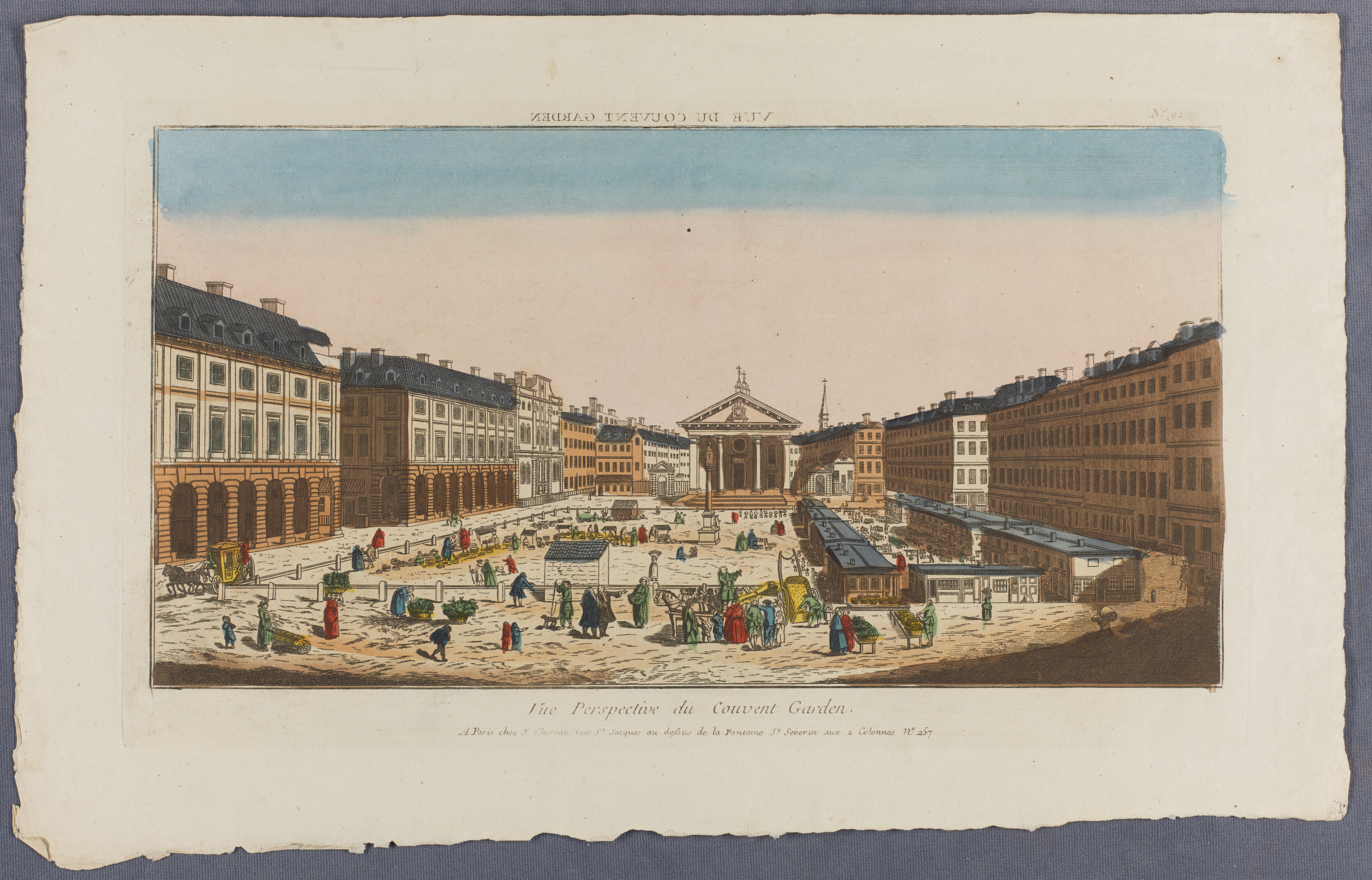 “A decrepit old man stands at the door of a house of ill fame at the corner of Portland Street; Mrs Burke is on the door-plate. One hand is on the knocker; he turns to scowl at a woman (right) who holds out a bunch of water-cress from a large shallow basket slung from the hip. A child clings to her shoulders; a little girl (left) with a small basket also offers him a bunch. Two young courtesans lean from a first-floor window. In the background (right), behind a spiked gate, are trees and a large house (or houses).”–British Museum online catalogue. 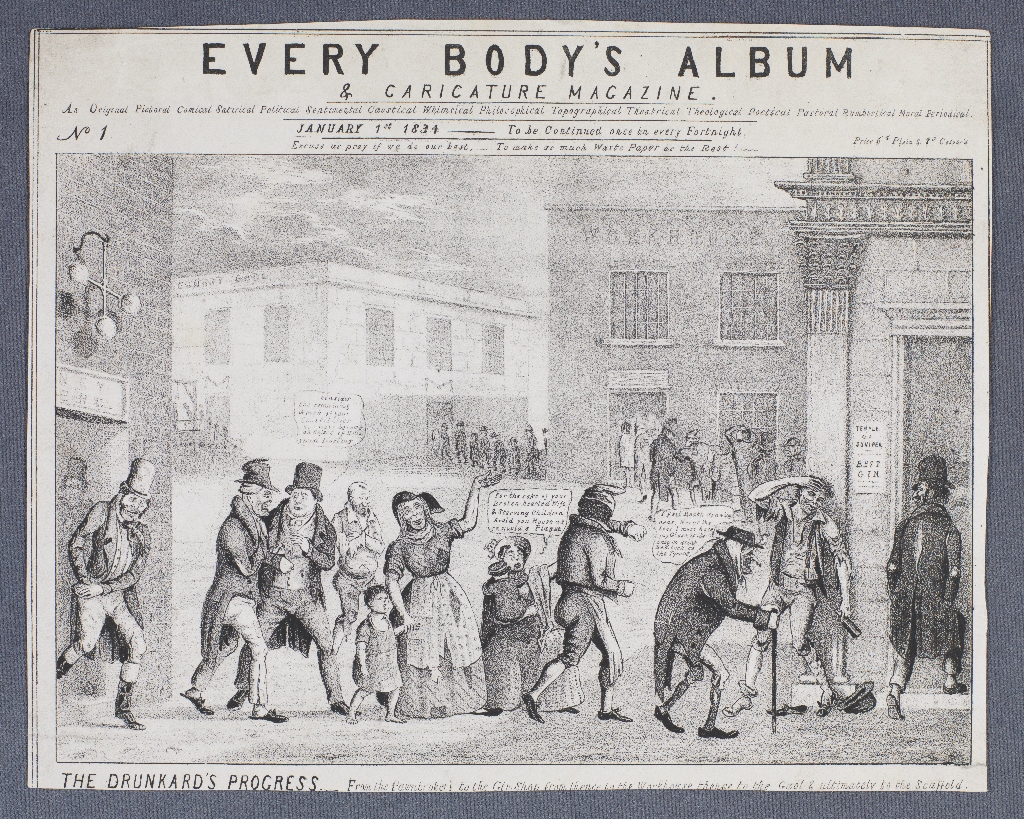 A city scene with a line of poor men, women, and children lined up from a money lender’s shop to the “Temple of Juniper: Best gin”. In the background crowds stand at the doorways of the workhouse (right) and the county gaol (left).

“A stout and burly woman stands at a street-door with a large basket of buns. A young woman and three children buy; the children help themselves, the woman holds a plate which she fills with buns. In the background (left) is a Georgian church with pediment and cupola; a fat parson in his surplice hurries along to escape from a woman and two children, who beg from him.”–British Museum online catalogue.

A street scene with a row of buildings in the background, a man who is having his boots polished by a boy crouched before his bench turns to an elegantly dressed lady. He hold his hat and cane in his rights hand and offers a coin to the woman.