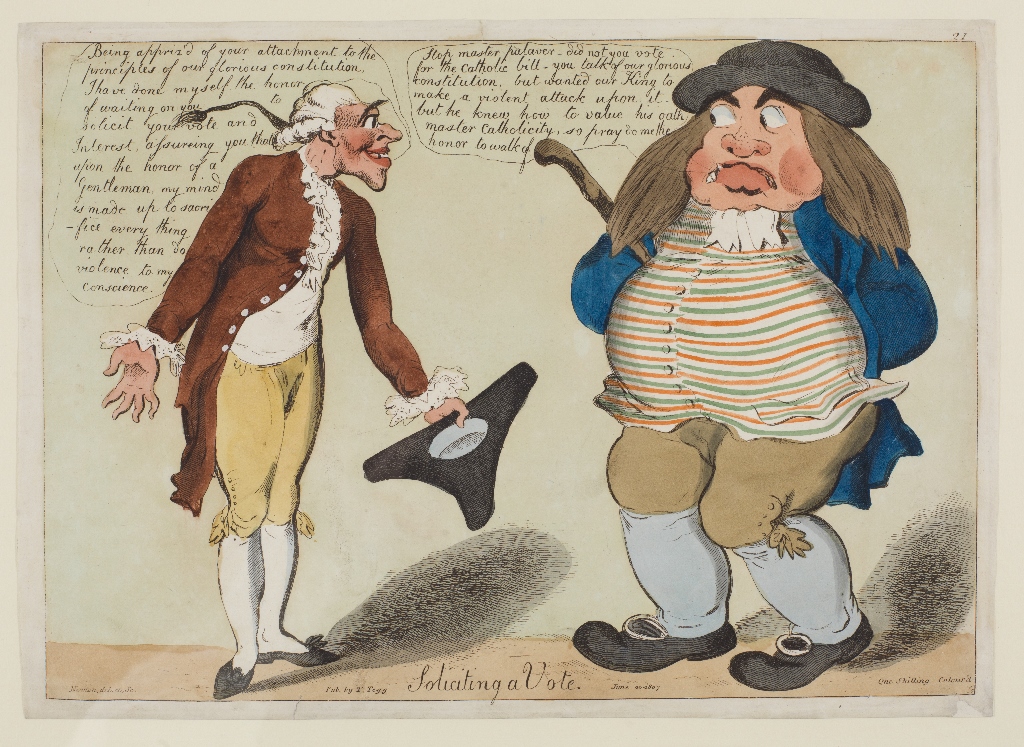 “Satire on politicians; an elegant candidate removes his hat to a portly countryman who rebuffs his approach, mindful of the candidate’s vote in favour of the Roman Catholic Relief.”–British Museum online catalogue.