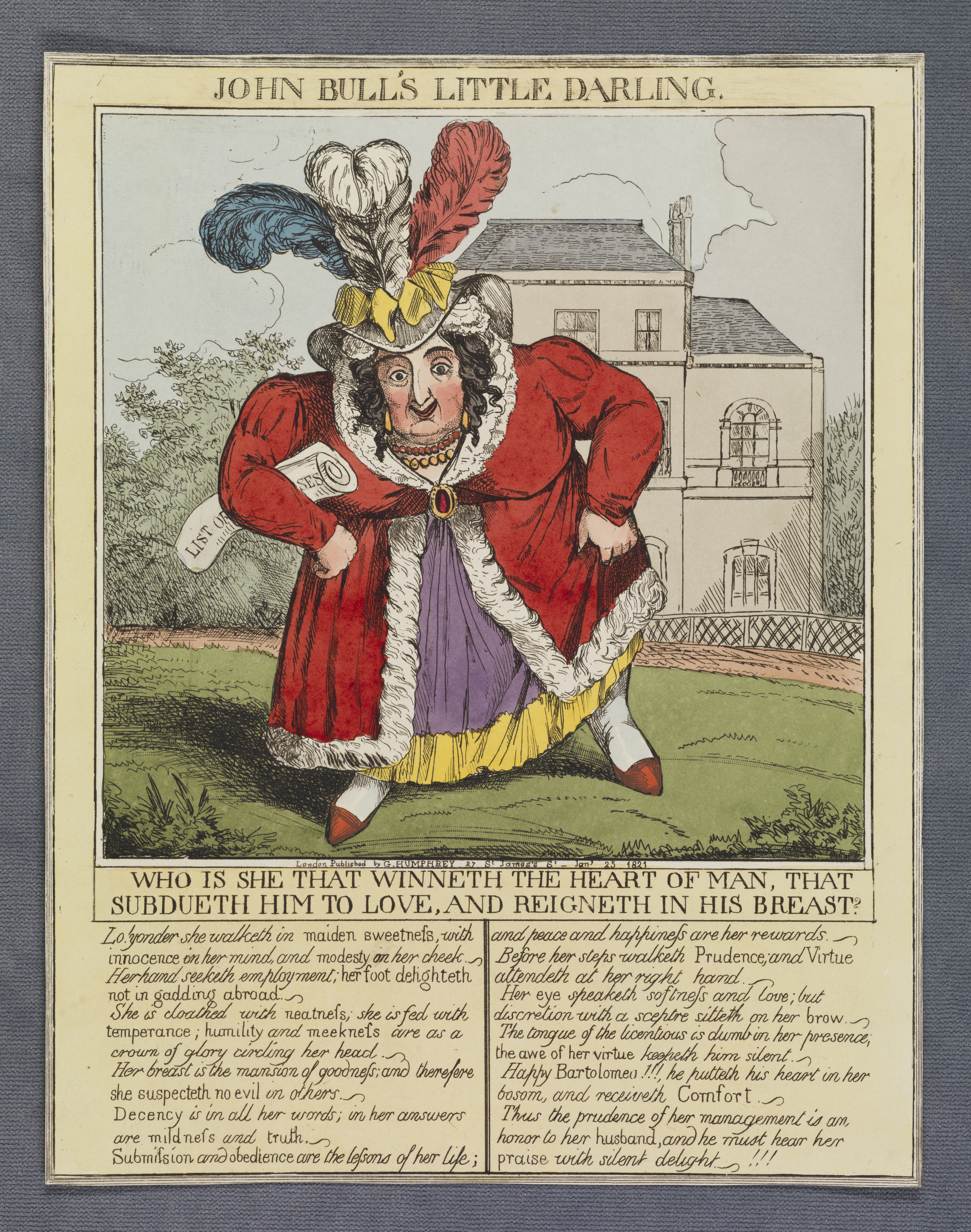 “Queen Caroline, stout and raddled, with black ringlets, stands full-face and four-square, bending forward as if bowing, with a fixed stare from black beady eyes. She wears the feathered hat (caricatured) of the ‘trial’, and a fur-bordered pelisse. Under her right arm is a rolled document, ‘List of [Addresses’; in her left hand she awkwardly raises her skirts in order to bow. She stands on a grass plot in front of Brandenburgh House. Below the design: … ‘Lo! yonder she walketh in maiden sweetness, with innocence on her mind and modesty in her cheek.– Her hand seeketh employment; her foot delighteth not in gadding abroad.– She is cloathed with neatness; she is fed with temperance; humility and meekness are as a crown of glory circling her head.– Her breast is the mansion of goodness; and therefere [sic] she suspecteth no evil in others.– Decency is in all her words; in her answers are mildness and truth.– Submission and obedience are the lessons of her life; and peace and happiness are her rewards.– Before her steps walketh Prudence; and Virtue attendeth at her right hand. Her eye speaketh softness and love; but discretion with a sceptre sitteth on her brow.– The tongue of the licentious is dumb in her presence; the awe of her virtue keepeth him silent.– Happy Bartolomeo [Bergami]!!! he putteth his heart in her bosom, and receiveth Comfort.– Thus the prudence of her management is an honor to her husband, and he must hear her praise with silent delight.–!!!'”–British Museum online catalogue.