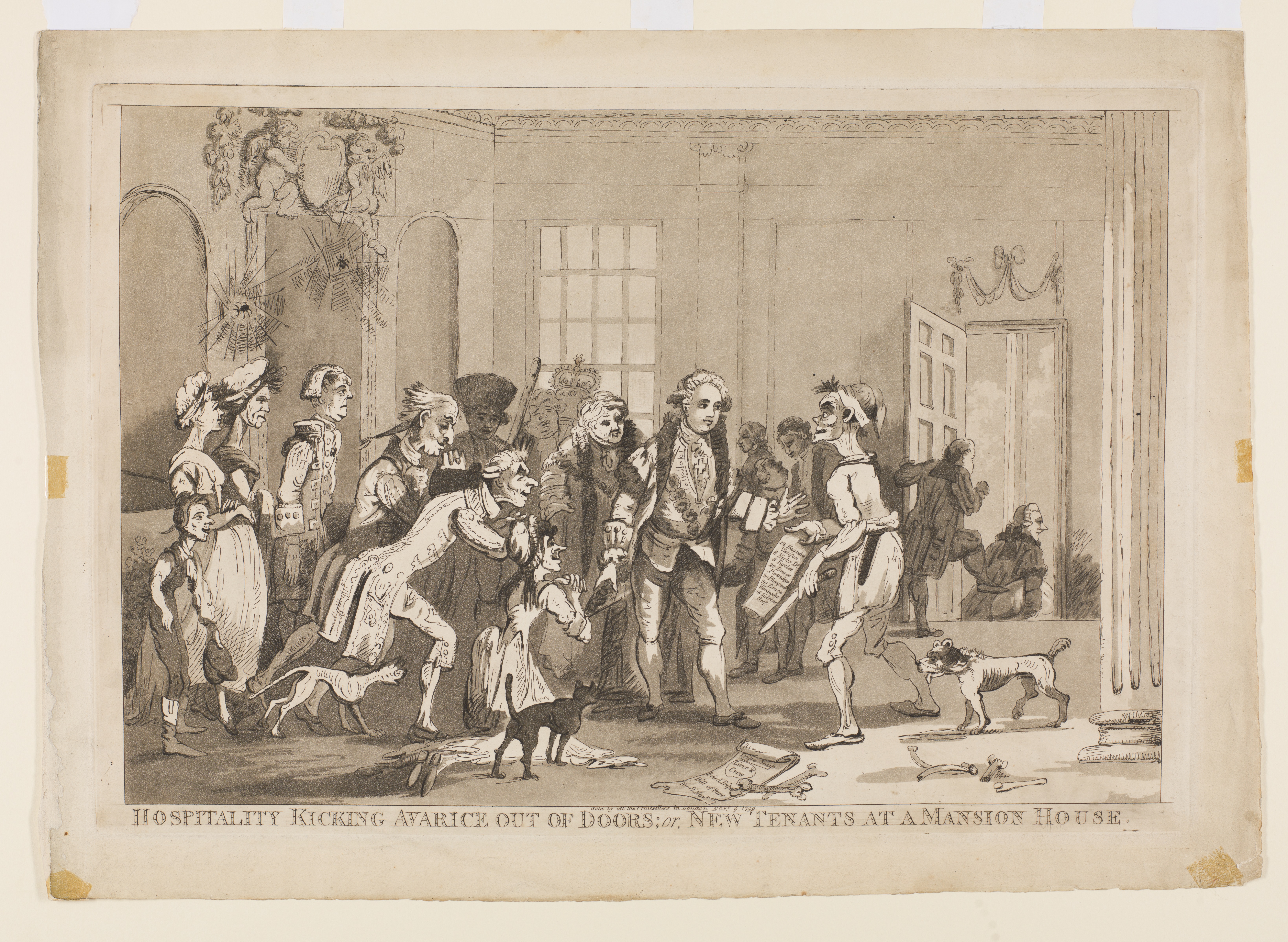 A caricature of the new Lord Mayor of London: Harvey Combe stands centered in a hall, surrounded by a desperate looking group of people both rich and poor, who kneel and beg. A skeletal man (butcher?) holds a knife in one hand and a scroll in the other inscribed with a large order for meat: “12 haundres venison, 6 necks do., 8 turtles, 20 brace partridges, 20 pheasants, 20 brace woodcocks, 16 sirloins beef”. In the foreground lies another sheet which reads “Tripe Soup. Liver & Crow. Fried Tripe. Bill of Fare for 8 Novr.” The outgoing Lord Mayor, Sir Richard Glyn, who was notoriously spendthrift during his period in office, is seen being kicked out of the Mansion House holding large money bag. The two cats on the left and the dog following the butcher are also thin from malnutrition. Two large spiders have spun large webs below the archway on the left below are two cupids holding a heart molded above the archway. 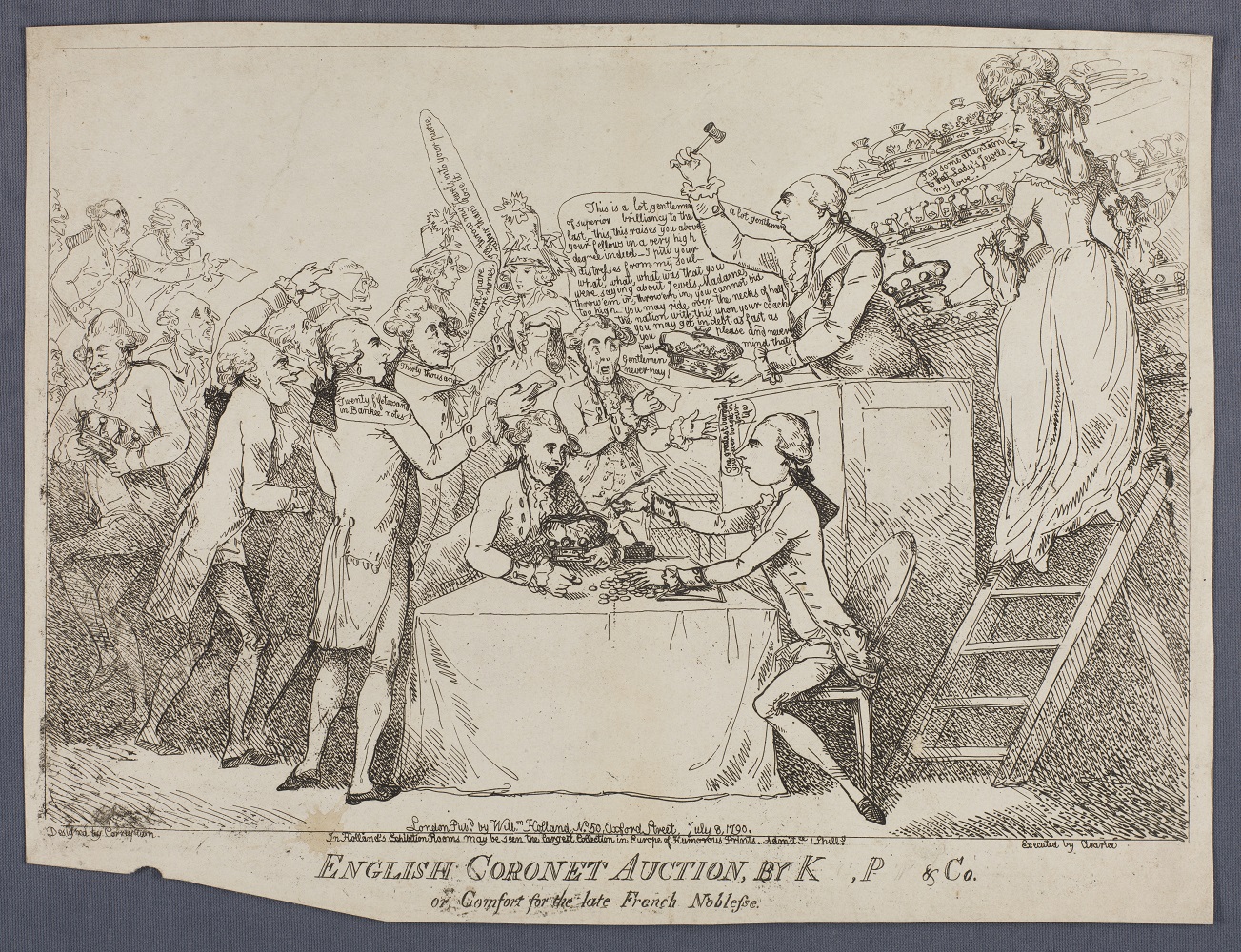 A full-length caricature of an obese clergy man who wears a bishop’s hat (?) and smokes a long pipe as he walks left. He carries a pig and a chicken under his left arm. He holds a Bible in his left hand, and he carries a bottle in his pocket. He has a very large nose and a round checks. His very large belly is exaggerated further in graphite.