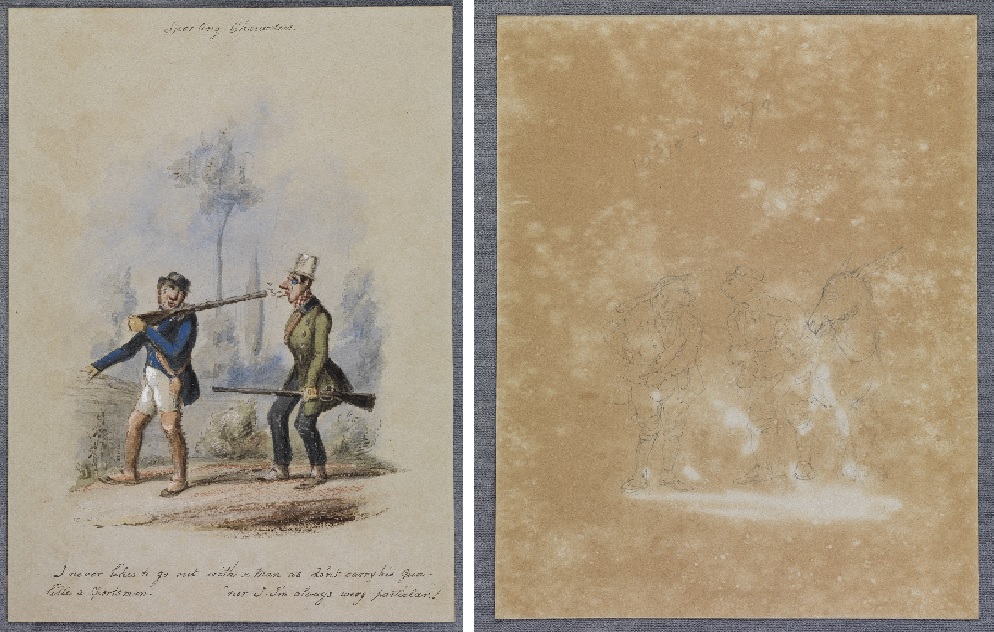 On recto, two men walk to the left in a wood with guns. The man behind (right) holds his gun by the barrel pointed towards his companion’s posterior; he wears colored spectacles, a top hat, and is smoking a cigar. The man in front (left) looks back towards his companion as he holds his rifle by the butt, the barrel pointed over his shoulder at his companion’s face. The lines below: “I never likes to go out with a man as don’t carry his gun like a sportsman.” “Not I. I’m always wery particular.!”

On verso, a pencil drawing of two men (dustmen?) conversing as one points to the donkey that he holds by the reins.