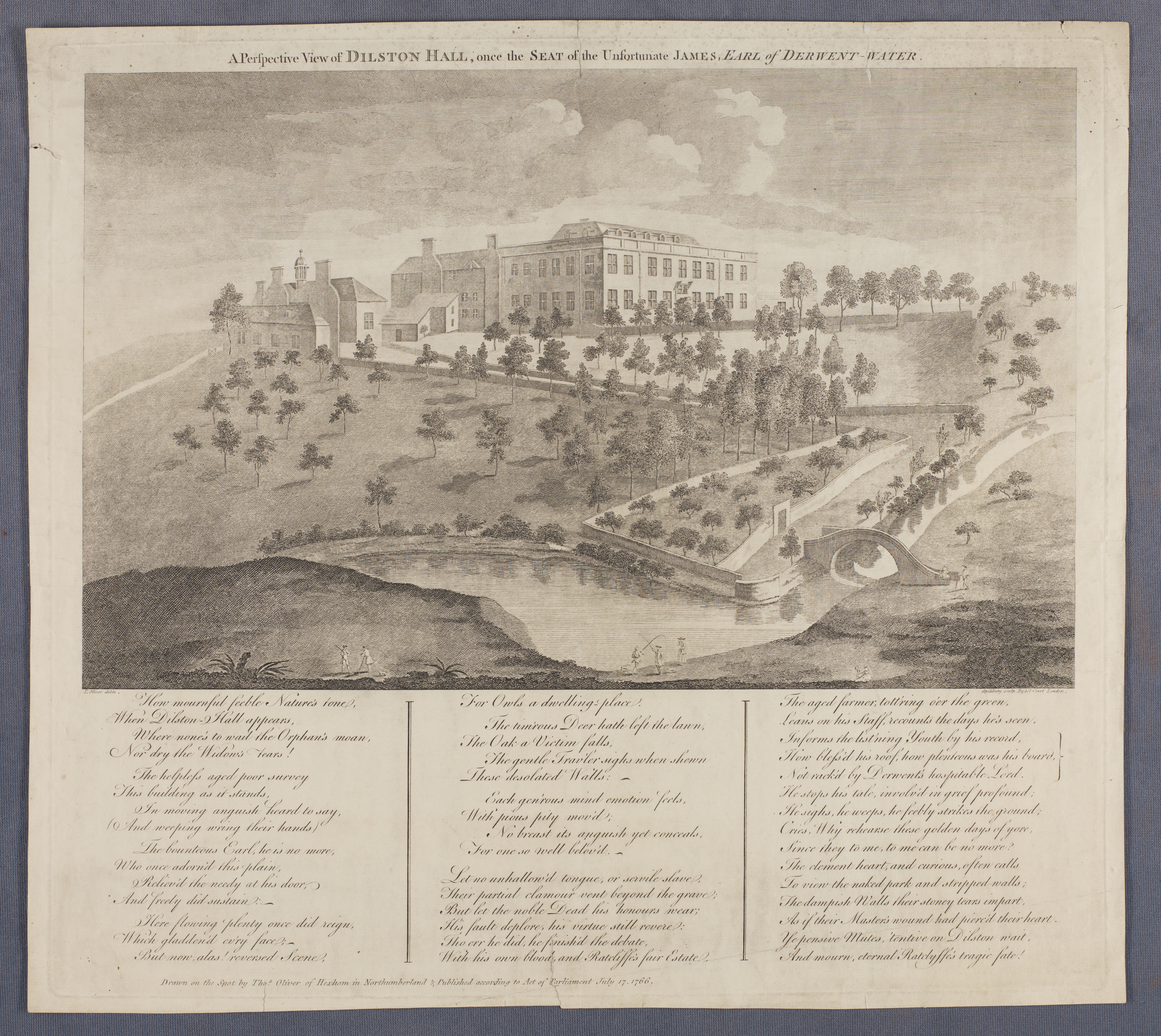 “View of hall with gardens and river in foreground, crossed by bridge at right with a courting couple; other figures in foreground including fishermen in centre foreground, a woman with child sitting at right and gardeners at left; poem in three columns lamenting the death of the Earl below.”–British Museum online catalogue.