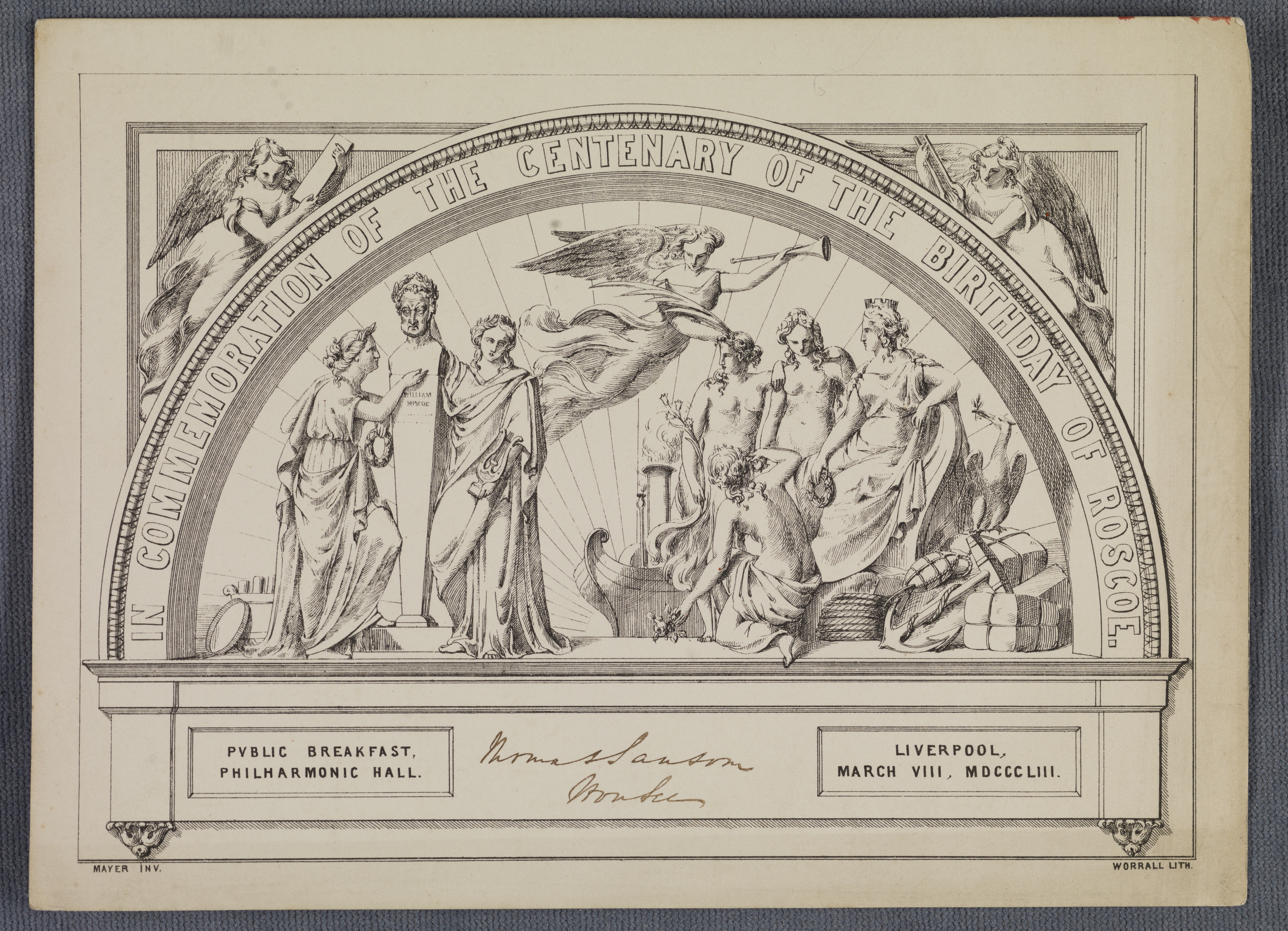 An invitation to an 1853 event, the Roscoe Centenary Festival, sponsored by the city of Liverpool in honor of William Roscoe, Liverpool banker, poet, writer and collector, among the founders of the Liverpool Society for the Encouragement of the Arts of Painting and Design and Whig MP for Liverpool; also first president of the Liverpool Royal Institution. Opponent of the slave trade, he published several pamphlets on the subject and was elected on an anti-slavery platform. After retiring in 1796, he studied botany and opened the Liverpool Botanic Garden in 1802. The invitation shows classical figures representing his many gifts, surrounding a ship, representing his business interests.